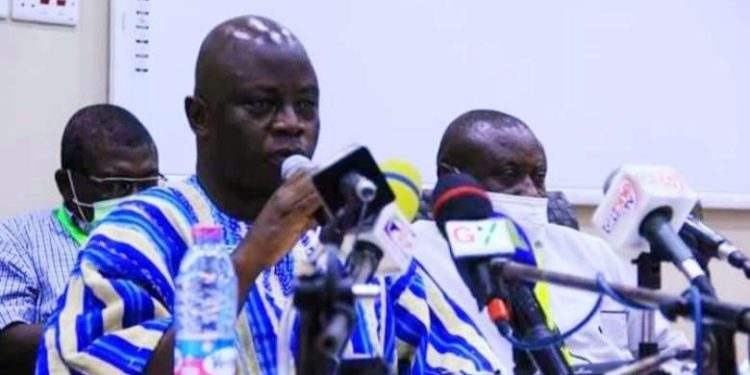 The Upper East Regional Minister, Stephen Yakubu is urging residents in Bawku to remain calm and live in peace with their neighbours amidst fears of renewed clashes in the area.

The Minister, in an interview with Citi News, said security officials are currently on the ground to ensure law and order is maintained.

The Ministry for the Interior on Wednesday announced the imposition of a 4:00pm to 6:00am curfew in Bawku due to the growing threat of insecurity in the area.

According to the Regional Minister, the curfew will be in place for about a week before a possible review of the measures.

Apart from the imposition of the curfew, the Upper East Regional Coordinating Council has also banned the wearing of smock in the area.

The Regional Minister said such measures are important to help ensure lasting calm in the area.

“Because of the situation that we are in now, we’re warning them not to wear a smock…. In a week’s time, we will review the measures based on the security situation on the ground. I will not be able to say when this ban will be entirely lifted. My advice for the residents is that we should be calm, everybody should obey the laws and rules that have been imposed and also try to live together and be peaceful,” he said.

Meanwhile, a member of the Defence and Interior Committee of Parliament, and MP for Wa West, Peter Lanchene Toobu, wants government to identify the root cause of the recurring disturbances in Bawku and find a lasting solution to the problem.

According to him, the recurring chaos in Bawku will not stop if the cause is not found and a permanent remedy put in place.

“We should bear with the consequences and be prepared that it will reoccur but if we are bold to hold the bull by the horn and say this is wrong and let’s agree, I’m sure [it will be resolved]… Nobody from outside Bawku will be able to solve the problem of Bawku. The people of Bawku themselves must rise to the occasion and say enough is enough,” he said.

Procurement in Ghana to be digitalised by October 2023 – PPA

GH¢2M in cash, data and talk time for grabs in Vodafone Ɛɛkɔso promo

GH¢2M in cash, data and talk time for grabs in Vodafone Ɛɛkɔso promo