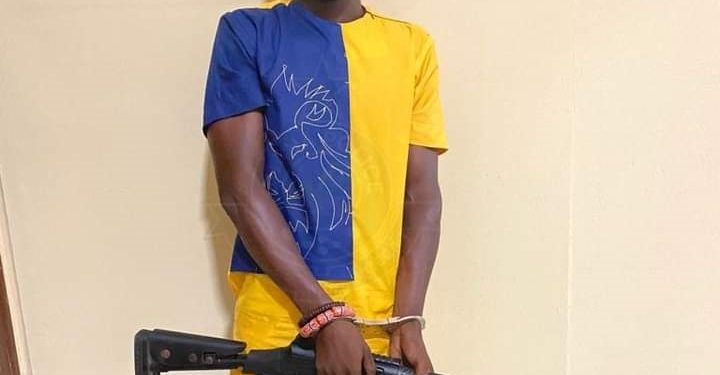 The Police have arrested one Nii Ponponsuo for brandishing a pump-action gun in a video that has gone viral on social media.

The suspect was seen in the video loading cartridges into the weapon while threatening to kill an unknown individual.

Officers of the Police Intelligence Directorate say they effected the arrest at the suspect’s hideout on Monday, November 23, 2021, after a review of the video.

A search conducted led to the retrieval of one 12 bore SB pump-action gun. Currently, he is assisting the police with investigations.

The suspect will however be arraigned on Wednesday, November 24, 2021.

“The police administration sternly warns individuals who have a penchant for the display of weapons to desist from such acts as they will be dealt with according to law when arrested”, a statement from the police read. 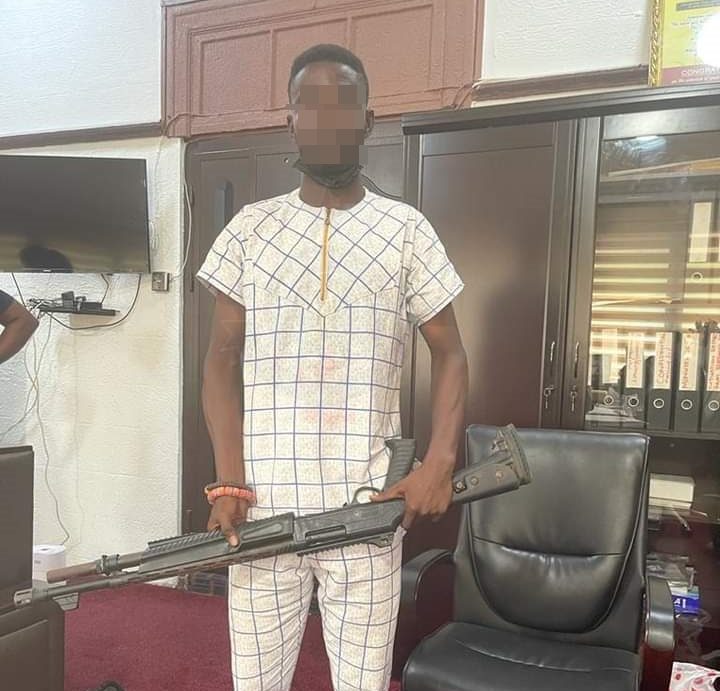 In a related development, hiplife artiste, Samuel Frimpong, popularly known as Medikal, is standing trial following his alleged brandishing of a weapon in a video on social media.

Medikal was earlier remanded into prison custody by a circuit court judge in Accra for five days.

He was later granted bail to the tune of GHS100,000 with one surety

Medikal, who is facing the charge of displaying of arms and ammunition has pleaded not guilty to the charge.