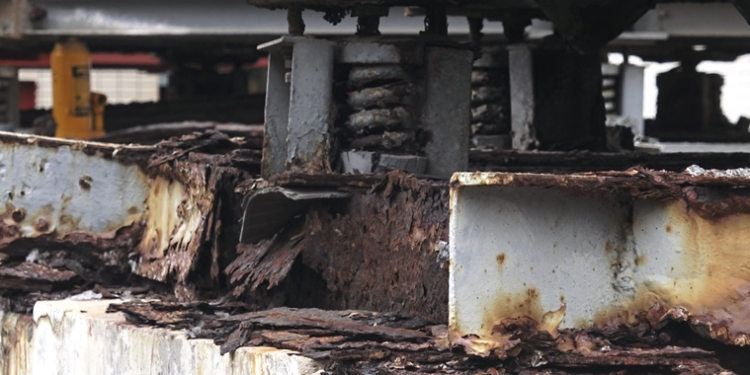 This comes almost a year after she created a gofundme account to advance the same cause.

In an interview with Citi News’ Kwame Dadzie, Amy said the gofundme account was shut down because they did not get the needed amount.

“Gofundme does not give you the money as they come in. The arrangement was that once we got a quarter of the request, then they would make a payment. We never got to that point, so we asked gofundme to return the money to all the donors. So it never got to us,” she said.

“We’re still looking for sponsors so anyone who wants to contribute for us to fix this, we will be happy to receive their donations,” Amy noted.

What is wrong with the cooling support system?

In December 2020, it was reported that the beams of the water containers had rusted and needed to be fixed.

The Cooling Support System at the National Theatre is one chamber of the Central Air-conditioning System. It is the water reservoir that transports water to the chillers for air conditioners.

Due to COVID-19 restrictions, the National Theatre was closed last year.

According to Amy, during this period, the water in the air conditioning unit was turned off to protect the equipment and minimize spending. Unfortunately, this led to a fast deterioration of the metal stands supporting the cooling towers.

Struggling from the impact of COVID-19 and their inability to generate the needed funds to fix these towers, they solicited financial support from friends and lovers of the Performing Arts to save the cooling towers.

At the moment, one of the three cooling towers has been repaired.

Amy Frimpong says work will soon start on the second one provided they get money from the Ministry of Tourism, Arts and Culture, their Internally Generated Funds, and donor support.

Mr. Welbeck Tamakloe, the Estate Officer of the National Theatre, told Citi News that it is a big challenge to repair broken parts of their AC system because the facility is old-fashioned.

The National Theatre was established in 1992 as a gift from the Chinese government.

“At the time it was established it was a system that was running, and it is almost 30 years now. Now, it is outmoded, and it is difficult to get the parts on the market if you want to do any replacement or change anything,” he said.

On May 18, 2017, at the National Theatre, the late Nana Kwame Ampadu bashed authorities of the theatre for the heat in the auditorium during a freestyle performance at the MTN Heroes of Change programme.

During the performance, while singing ‘Te W’anim,’ he said: “you are here enjoying the show but see how you are fanning yourself due to the unbearable heat. Tell the authorities responsible to fix the air cons.”

A similar thing happened at Becca’s anniversary concert. After the concert held on 21st October 2018, some patrons including entertainment pundit Nana Poku Ashis took to Facebook to recount how they got literally burnt in the auditorium.

Another entertainment journalist, Christian Agyei Frimpong of Onua FM, also wrote on Facebook: “Mama Amy Frimpong, CEO of National Theatre, You have not been able to fix the air-conditioning system at the theatre as you promised? The place is very hot.”

The Executive Director of the National Theatre explained that the air conditioners were functioning, except that they were in a lower capacity than they were when originally installed.

“We’ve talked about this for a couple of months now and it’s the same issue. When the air-conditioning system was replaced, they put it lower capacity air conditioners. So it’s not like it’s not functioning – it works. On Saturday it was working,” she told Citi News.

After the fiery criticism of the heat in the auditorium, the authorities of the theatre bought mobile air conditioners to add on to the low-capacity air conditioner that had been in place since 1992.

Four air-conditioners were later fixed in the auditorium of the National Theatre; two on the down floor and two upstairs.

The theatre has a building area of 11,896 square metres (128,050 square feet) and is sited near the junction of Independence Avenue and Liberia Road. The building has complicated construction moulding and novel exterior features. 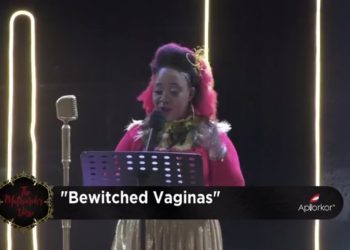 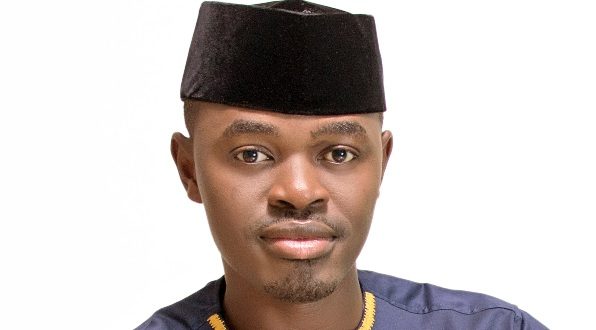 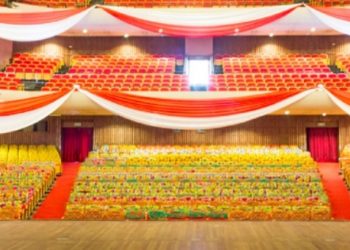 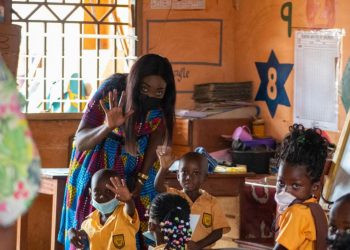 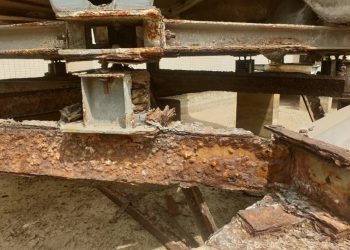 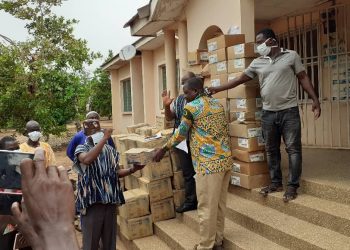