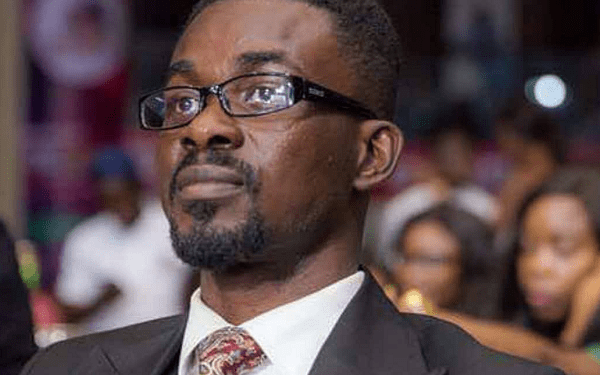 The Adentan Circuit Court in Accra on Thursday, November 4, 2021, issued a bench warrant for the arrest of the NAM 1 and two others for allegedly defrauding some people.

The court issued the warrant following the failure of the accused persons to appear in court.

NAM 1 in a statement on Friday however denied any wrongdoing and has subsequently directed his lawyers to appeal the ruling by the circuit court.

According to NAM 1, he did not purchase, acquire or transact any business of any sort in connection with the purchase of some three vehicles, of which one has been paid for.

Nana Appiah Mensah in the statement indicated that his only role in the transaction was that of an arbiter, adding that he only came in as a third party to help resolve some issues concerning the two other vehicles upon the request of the two parties.

It is unclear if the warrant is related to the collapse of Menzgold.

Mr. Appiah Mensah had previously been slapped with 13 counts of defrauding by pretenses, money laundering, abetment, and carrying on deposit-taking business without license contrary to Section 6 (1) of the Banks Specialised Deposit-taking Institutions Act, 2016 (Act 930).

This was after he was accused of defrauding 16,000 customers of about GHS 1.68 billion.

Yesterday [Thursday], 4th November 2021, the Adentan court issued a bench warrant for the arrest of (Nana Appiah Mensah) alias NAM 1 and two others.

The case concerns the purchase and acquisition of three vehicles, of which one has been paid
for.

The payment of the two other vehicles is outstanding due to some irreconcilable issues.

The buyers, Iddrisu Haruna and William Tekpor, together with the sellers, Basit Haruna and Michael Nii Coffie, who are the main parties to the contract, are surprisingly missing in the claim before the Court.

Instead, Elikem Akakpo, the complainant (who is not a party to the contract) rather filed a suit before the court against other third parties: Nana Appiah Mensah (the arbiter), Eric Amponsah (the sellers’ introducer), and Gabriel Kwamigah (who held brief for the buyers).

To be clear on the subject, I, Nana Appiah Mensah did not purchase, acquire, nor transact any business of any sort, as my role was just an arbiter. I only came in as a third party to help resolve some issues concerning the two other vehicles upon the request of the two parties (buyers and sellers).

The process through which the verdict was arrived at is fraught with serious legal infractions, as it did not conform with Section 60 and 61 of the Criminal Procedure Code of 1960 (Act 30) which is clear on the process of arrest, charge, accusations etc.

We have directed our lawyers to appeal the ruling on the point of the said law (Act 30) to bring finality to this matter.

Kindly contact Lawyer Yaw Danquah on 0244 101 012 for further clarities on this matter.