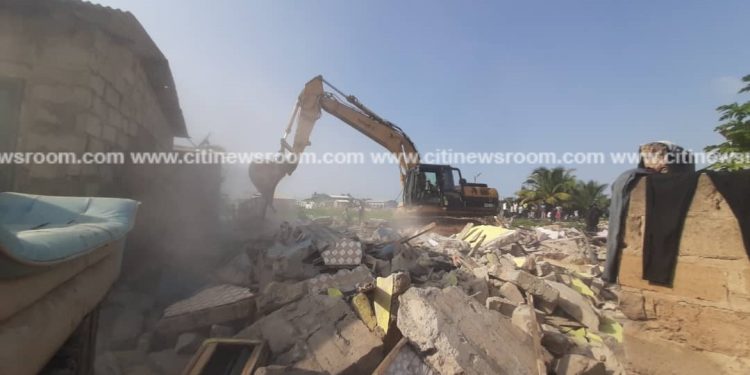 A demolition exercise along the Glefe Lagoon in the Ablekuma West Municipality of the Greater Accra Region has displaced over two hundred residents. 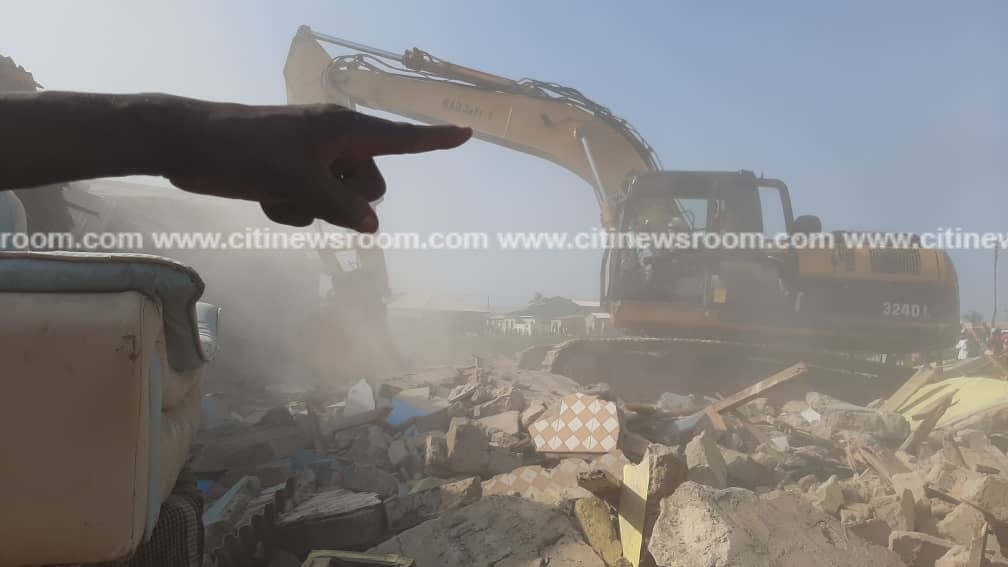 According to the assembly, residents were given ample time to vacate their premises to allow for the exercise; aimed at protecting the lagoon. 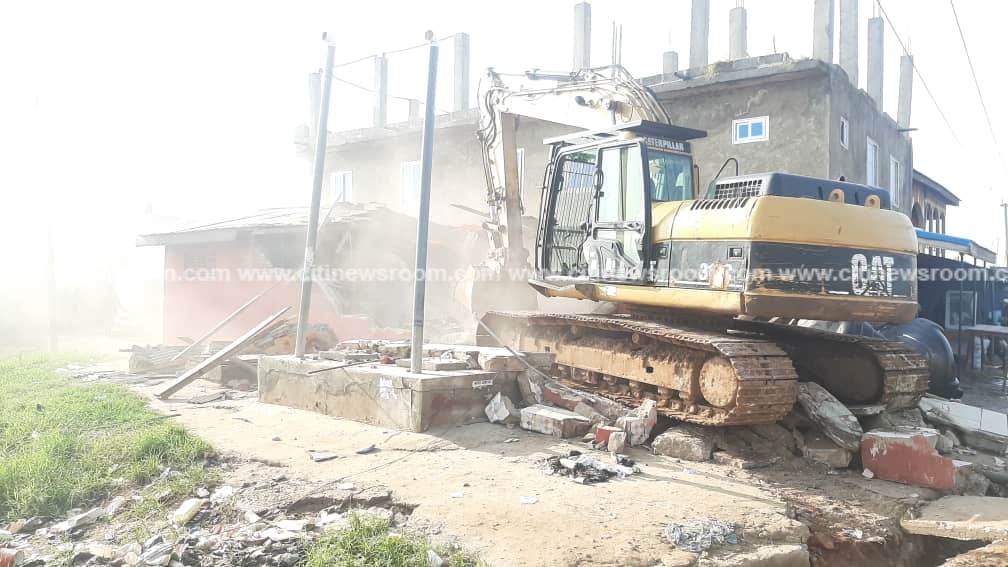 Some of the affected residents who spoke to Citi News said the government should have made arrangements for their relocation instead of leaving them homeless.

“The government has to consider the people because they don’t have money since there is no work. If you want to demolish their structures, at least consider them and rent for them or build something for them somewhere. Where does the government want us to go?” a resident quizzed. 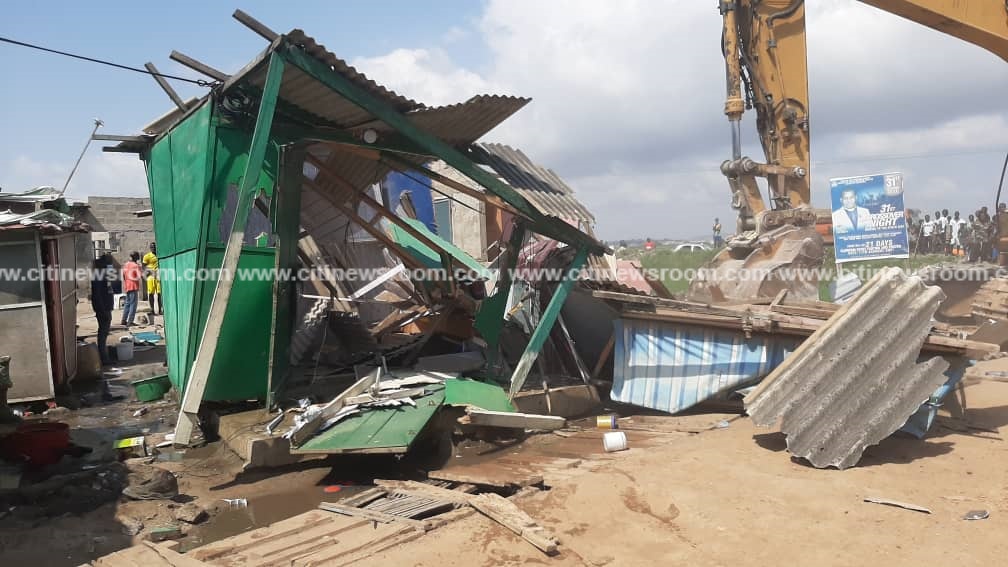 Another resident said, “we don’t know where to stay. They’ve not given us anywhere to go, meaning that they see us like squatters, but we are not squatters. We bought the land from the chiefs.”

A similar exercise in 2019 saw hundreds of residents displaced. 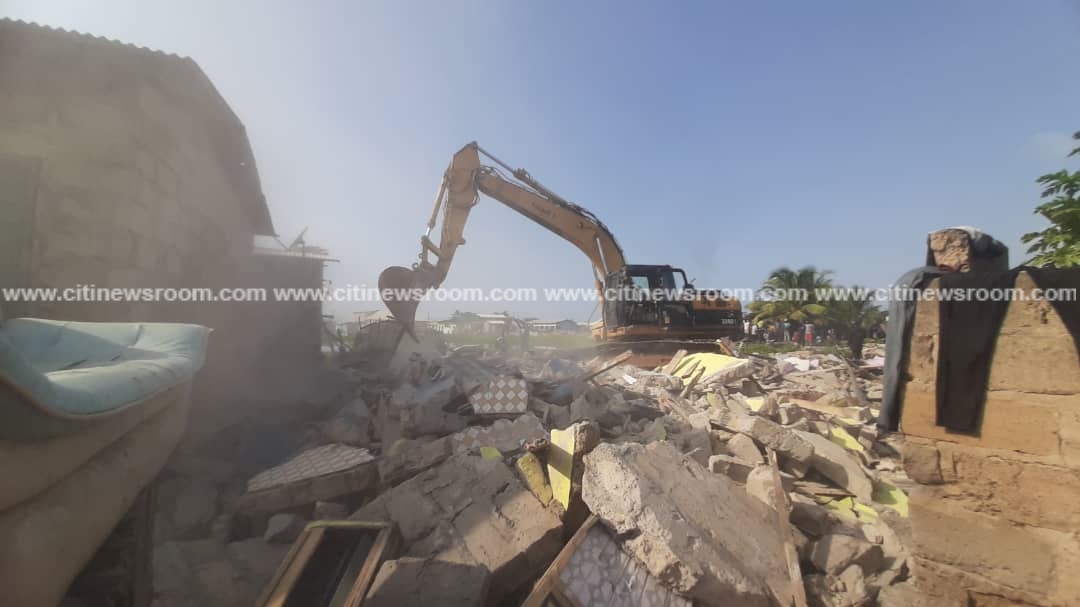 The demolition was undertaken by the municipal assembly to pave way for the construction of a community centre.

The area in question was partly being used as a refuse dump site, with buildings around it. 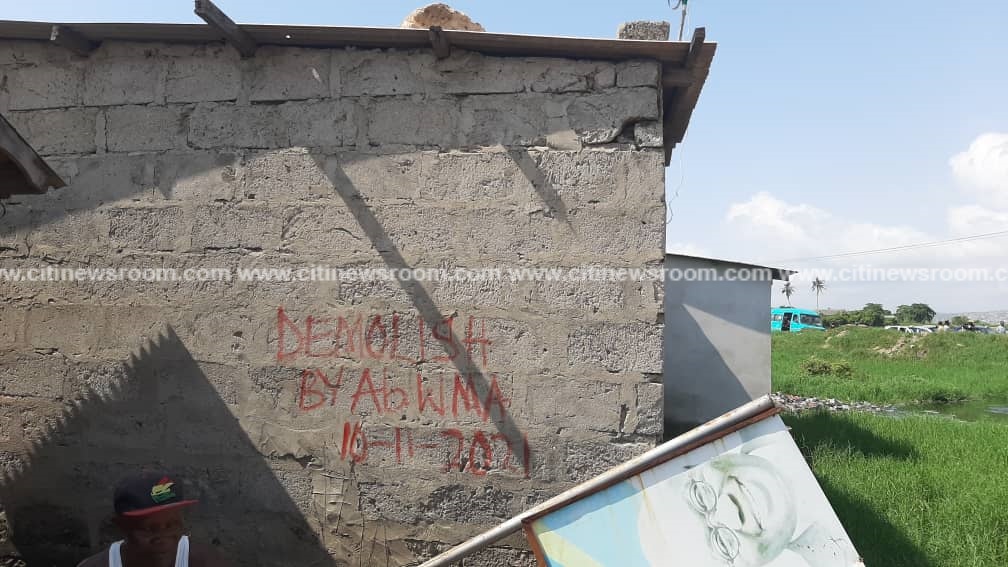 The Glefe community has previously been in the news due to incidents of tidal waves.

The government, in November 2015, promised to construct a five-kilometre sea defence wall to protect Glefe and Wiaboman, the two communities, from flood-related calamities.

The community is densely populated and situated between the sea and a lagoon.