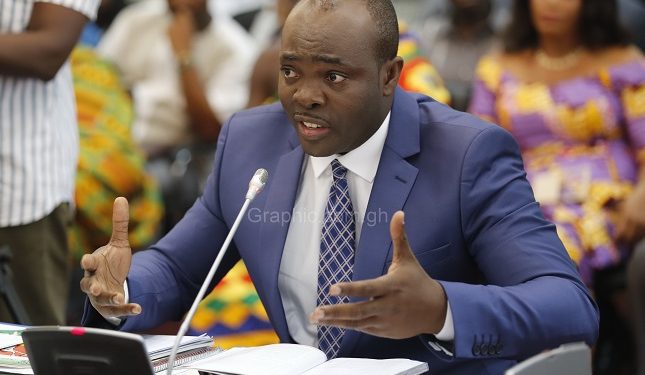 The Parliamentary Select Committee on Works and Housing believes the threat of tidal waves must be treated as a national emergency.

According to the Committee, a solution to the problem must be arrived at and implemented immediately.

Speaking to journalists after visiting communities affected by the tidal waves in the Volta Region on Wednesday, November 18, 2021, Chairman for the Committee, Isaac Asiamah, said a report will be presented to Parliament on the situation in a bid to find a lasting remedy.

“This committee is concerned about the plight of Ghanaians. We are going to do whatever it takes to make issues of tidal waves a national priority.”

“We are going to come up with a report which will be presented to Parliament from where the issue will be made a national emergency. We need to treat this as the emergency it is and find a remedy for it.”

Communities such as Abutiakope, Kedzikope and Dzelukope were recently affected as homeless residents were left with nothing to salvage while residents of Anloga, Dzita, Agbledomi, Atiteti, Agokedzi, and Fuveme were also displaced by the fierce tidal waves that swept through the communities.

Researchers have called for more attention to be given to science in the management of Ghana’s coastline following the disaster.

While there is information on the erosion rate, he noted that “we don’t have data on water levels for that particular area.”

Ghana has an average erosion rate of about two meters a year, though some areas see up to 17 meters of erosion annually.

But more detailed figures are hard to come by hence Dr. Angnuureng’s call for more support for regular monitoring.