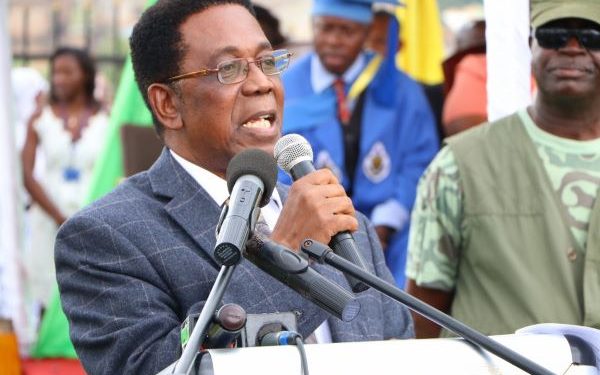 A former Minister of State in charge of Tertiary Education, Prof. Kwesi Yankah, says there must be a deliberate attempt to push the agenda of the inclusion of more women into education in the country.

According to him, having more women in school prepares them for leadership roles at institutions of higher learning and also helps in fostering social and economic growth.

Prof. Yankah expressed these sentiments on the sidelines of the launch of his book, ‘Beyond the political Spider’ which interrogates endemic issues of academic freedom and gender inequities.

He called for a more holistic approach on the part of key educational stakeholders particularly the institutions to get more women into positions of influence.

“I’m happy that over the years, the percentage of women is gradually rising and I am happy to know that at the University of Ghana, from about 20% of women participation, the number has now risen close to 48% due to the affirmative action policies launched by the university, and the climax is what we see today, with top management of the university led by women. We need more women in education from the basic level up to the university level, so what is happening in Legon should be a good sign for other universities,” he said.

At the University of Ghana, the topmost positions in the school are all occupied by women.

Prof. Nana Aba Appiah Amfo became the first woman to be appointed as the substantive Vice-Chancellor.

Justice Sophia Akuffo is the chairperson of the University’s council while Mrs Mary Chinery-Hesse is the university’s chancellor.

Ghana Beauty Awards 2021: 30 awarded for their contribution to the beauty industry