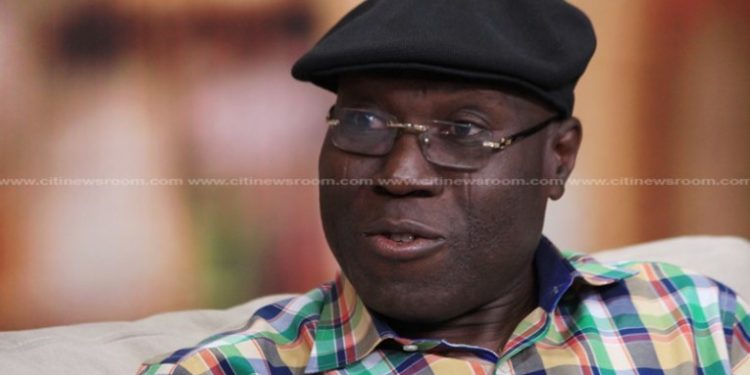 A former Member of Parliament for Tamale Central, Inusah Fuseini believes the Minister of Roads and Highways, Kwasi Amoako-Atta overstepped his boundaries by giving a directive on the cessation of road tolls collection without resorting to Parliament.

Mr. Fuseini argued that the Minister was wrong, given that he sought to amend an existing law without consulting Parliament.

“A declaration of an intention to scrap road tolls does not mature into an amendment of the Road Tolls Act, neither does it operate to amend the Fees and Charges Act that has been passed by the Parliament of Ghana. They are part of the existing laws of this country.

“So it came to me as a surprise and shock that the Minister [of Roads] will commit this blunder. The Minister has no power to arrogate to himself the right or authority to amend the law without going to Parliament,” he insisted.

The former legislator indicated that, at best, the Minister should have introduced an amendment to the Road Tolls Act in Parliament before issuing the directive.

The new directive has already been opposed by some members of the House.

The Roads Minister, called for an immediate halt in the collection of road tolls after the Finance Minister announced the abolishment of same in the 2022 budget in Parliament.

However, following a debate on the subject, the Speaker, Alban Bagbin, said the instruction by the Minister was illegal and must be immediately withdrawn.

In defending the Minister’s move, Frank Annoh-Dompreh who is also the Member of Parliament for Nsawam Adoagyiri, said the Speaker had no locus as far as this issue is concerned.

Meanwhile, the Roads and Highways Ministry has clarified that the recent directive by the sector minister for the cessation of the collection of tolls on public roads was not to set aside the laws for toll collection.

According to the Ministry, the directive was to the effect of stopping the operational duties of toll collection due to some unfortunate events that occurred at various toll booths on Wednesday.

The Ministry in a statement explained that many road users insisted on not paying road tolls and that some even engaged in near fisticuffs with toll collectors on Wednesday after the Minister of Finance, Ken Ofori-Atta announced before Parliament that the government will abolish road tolls next year.

“Unfortunately, the Minister of Finance’s statement either got misunderstood or misinterpreted by some motorists, as many of them deemed the statement as having immediate effect and therefore decided not to pay the road and bridge tolls. The insistence of the toll collected to have the tolls paid caused serious confusion and, in some cases, resulted in fisticuffs and damage to lives and property,” the statement said.

‘I’ve been battling liver disease; but my DNA is strong enough to work’ – Ofori-Atta