Police in Tema have arrested a suspect in a rape and robbery incident that occurred on July 13, 2021,

The suspect, Dordzi Dzidefo, had been on the run until he was arrested on November 1,, 2021, at his hideout at Kakasunanka No. 1, according to a statement by police.

“The suspect, who is a motorbike operator, was hired by his victim from Kakasunanka No. 1 to Golf City. However, on their return around 12:00 midnight, the suspect took a different route under the pretext of evading a Police checkpoint but ended up robbing the victim at knifepoint and raping her,” the statement said.

“Further investigations disclosed that the suspect, on July 16, 2021, cashed out an amount of GHS 247.00 from the victim’s mobile wallet into his MTN mobile wallet,” it added.

Dordzi Dzidefo has been put before the court and police said “holistic investigations are ongoing to establish other crimes that he might have committed and his possible accomplices.” 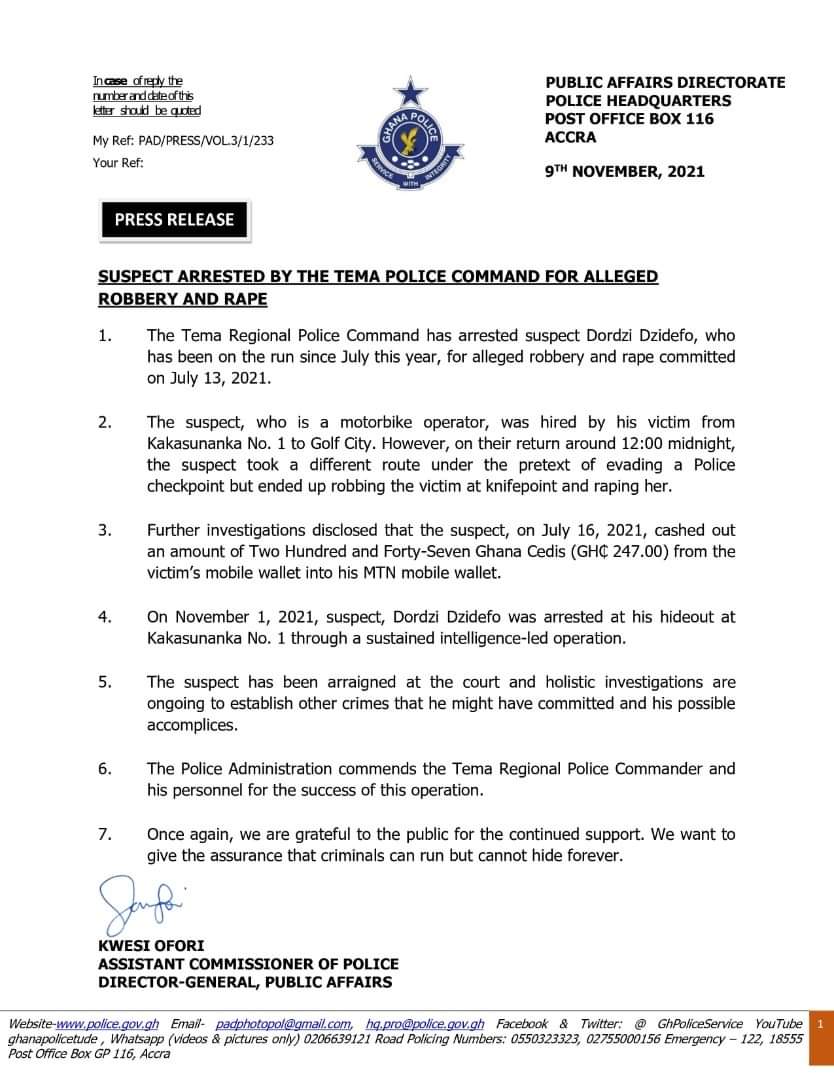 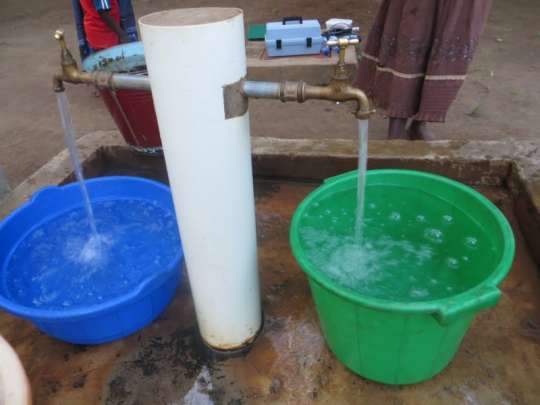