‘The policy direction was to increase road tolls, why abolish it?’ Ali Nakyea asks 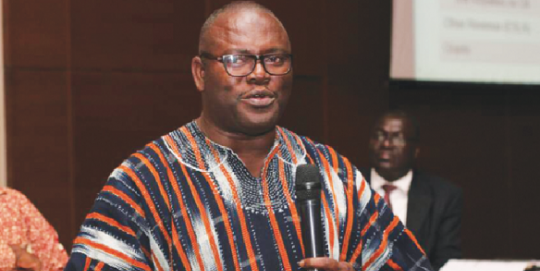 A tax analyst, Dr. Abdallah Ali-Nakyea, has questioned the government’s decision to abolish the collection of road tolls and suggested that the government rather relocate them.

According to him, the government’s reasons for the proposal to do away with road tolls from 2022 don’t appear strong enough.

Speaking on the Citi Breakfast Show on Monday, he argued that there were other ways of going around the issue of vehicular traffic caused by the toll collection, which was one of the reasons for the abolishment.

He said it is unfortunate that the policy decision has shifted from increasing the road tolls to completely abolishing them.

“Why do you abolish tolls? Even last year, the policy direction was to increase tolls so that we can get more to rebuild the infrastructure. This is what I complain about, policy inconsistency on the economic front. If the reason for abolishing the tolls to bring e-levy has to do with congestion and fumes at the normal traffic, even the toll booths can be relocated instead of being abolished because our towns and cities have grown to outstretch the toll booth, lets’ relocate it. This will not be the first time relocating toll booths. Let’s look at that and increase it,” he said.

Dr. Ali-Nakyea further made a call for full or partial digitalization of the road toll collection process to address the challenge of traffic congestion.

“In the stakeholder engagements that were held, people were for an increase in tolls because they could see road networks being developed, and if it is about congestion, we have some lanes that are e-tickets so that you don’t stop or wait. Can we with digitalization go that way so that all the toll booths or portions of it will be digitized so that people who are regular on that road get to pay upfront like the system we have in Legon?,” he suggested.

Dr. Abdallah Ali-Nakyea is also of the view that the government’s proposed 1.75% tax on electronic financial transactions was not well-thought through. According to him, tax policymaking is a process and should not be rushed.

He wants the government to withdraw the proposition, consult all stakeholders and return with a more comprehensive and acceptable one.