Volta Region: Police arrest fugitive at Dabala; on manhunt for 2 others

The Dabala Police Command has arrested a fugitive, Azumah Mawuli, who escaped alongside two others from lawful custody on Sunday, November 21, 2021.

All three inmates, Yakubu Abdullah aged 24 (who has been sentenced to 18 years in prison but was awaiting COVID-19 test results), remanded prisoners Mawuli Azumah and Sena Torme, who have been charged with murder, escaped at night after they created a hole in the wall at the cell they were being held.

A search was mounted leading to the capture of Azumah Mawuli, at Vekon in Sogakope upon a tip-off.

In an interview with Citi News, the Public Relations Officer for the Volta Regional Police Command, DSP Efia Tenge said efforts are underway to get the two others arrested.

“One of the prisoners, Azumah Mawuli has been recaptured by the Dabala Police upon a tip-off in a location at Sogakope. All three inmates, on Sunday, November 21, escaped from jail after they created a hole in the wall and bolted. Police threw intelligence and drastic search recaptured Azumah Mawuli who was on remand in police cells.”

“The two others, Sena Torme and Yakubu Abdulai are still on the run and the police in Dabla are doing everything within their means to get them captured. Very soon, their pictures will be circulated so that members of the public will also assist police in getting to these two suspects who are on the run”, she added.

UK: Ghanaian woman jailed 14-yrs for pouring acid on boyfriend in his sleep 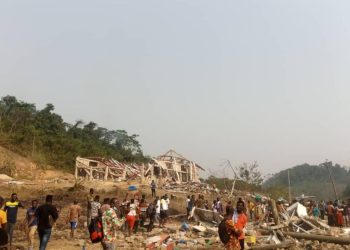 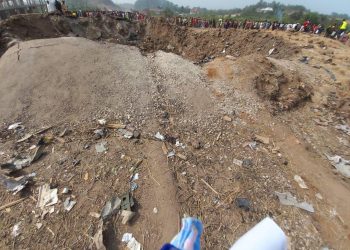