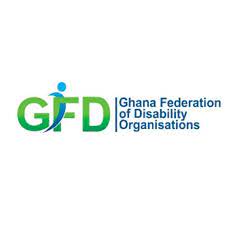 The Ghana Federation of Disability Organizations (GFD) has expressed confidence in the Ministry of Finance to fulfil its promise of paying toll booth attendants till the end of the year, despite the abrupt cessation of the collection of road tolls.

On Wednesday, the Minister for Finance, during the presentation of the 2022 budget, announced the abolishment of all forms of tolls on public roads and bridges.

Following his announcement, the Ministry of Roads and Highways issued a statement ordering the cessation of the collection of road tolls effective 12am on Thursday, November 18.

This directive has, however, been met with pushback from Parliament as the Speaker, Alban Bagbin, ordered for a reverse of the Roads Ministry’s directive.

Although Chairman of the National Advocacy Committee of the Ghana Federation of Disability Organizations, Alexander Bankole Williams is confident salaries will be paid to the attendants, he is still pushing for the Speaker of Parliament’s directive to be adhered to.

He further hinted at steps being taken by the federation to ensure that attendants are indeed reassigned.

The Ministry of Roads and Highways has stated that no toll booth attendants will be laid off following the scrapping of road and bridge tolls across the country.

Toll attendants and even hawkers along such facilities have expressed fears that the decision will lead to job losses.

Head of the Public Affairs Unit of the Ministry of Roads and Highways, Nasir Ahmed Yartey, said all the employees would be retrained and redeployed.

“So the Ministry has put in place arrangements to ensure that no toll worker is laid off. No toll worker will be laid off. They will continue to receive their salaries as per the contract they have with various employers, and that is one point I want to make clear.”

Simmering tension in Asamankese ahead of Ɔboɔdwan Festival

Simmering tension in Asamankese ahead of Ɔboɔdwan Festival