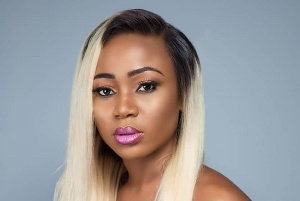 The Court of Appeal has reversed the 90-day jail term slapped on social media sensation, Akuapem Poloo by the criminal division of the High Court.

The High Court on Wednesday, December 1, 2021, ordered Akuapem Poloo to return to the Nsawam Medium Security Prison to complete her 90-day jail term.

The High Court ruled that the 90 days custodial sentence imposed on her by the Circuit Court was not “manifestly excessive” and “harsh” and therefore cannot interfere with that decision.

Akuapem Poloo, however, filed a notice of appeal at the Court of Appeal on Tuesday, December 7, 2021, challenging the dismissal of her appeal by the High Court.

“Please take note that the convict/appellant/appellant hearin, being aggrieved by the judgement of the High Court Criminal Division (1)Accra, Her Ladyship Ruby Aryeetey dated 1st December 2021 dismissing the appellant appeal against the conviction and sentence to 90 days imprisonment imposed on the appellant on each count to run concurrently by Her Honour Mrs. Christiana Cann dated April 16, 2021, hereby appeals to the court of appeal on the grounds set out below and for the release stated hereunder.”

“That the learned judge erred in failing to appreciate that as a young first offender and a single parent, a noncustodial sentenced of a fine instead of a custodial sentence of 90 days imposed on the appellant by the trial court is appropriate in this case,” the notice of appeal stated.

The Court of Appeal on Wednesday, December 15, 2021, reversed the jail term.

Known in private life as Rosemond Brown, the controversial social media personality landed herself in trouble when she posted nudes of her then 7-year-old son on social media, in an unusual celebratory style.

She was said to have violated the dignity and rights of the son.