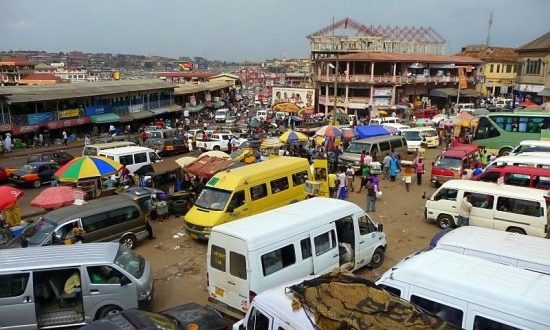 Commercial drivers in the Ashanti Region have suspended their intended sit-down strike aimed at putting pressure on the government to reduce some taxes on fuel to bring down the cost of the product.

A visit to some lorry terminals in Kumasi shows that commercial drivers are engaging in their usual activities.

Speaking to Citi News, the Ashanti Regional Chairman of the Ghana Private Road Transport Union (GPRTU), Somalia Yaw Boakye, said their leadership is having an engagement with the Chief of staff on the matter, and as a result, they have asked all their members to go on with their usual activities.

”We have suspended the strike. This is because the Chief of staff, Madam Frema Opare engaged our leadership in Accra indicating that the government wanted to meet us. We then decided to give them a listening ear.”

“From last [Sunday], night, we called our members to tell them to go to work. We made them understand that the strike has been suspended,” he added.

Commercial drivers in some parts of the country, particularly in the Greater Accra Region, earlier today, Monday, December 5, 2021, began a sit-down strike that left thousands of commuters stranded at various bus terminals.

The strike was to protest the high cost of fuel prices in the country.

The price of fuel in the country has increased significantly over the past six months, with many complaining about the situation.

Currently, most oil marketing companies in Ghana sell fuel between GH¢6.60 per litre and GH¢6.90 per litre.

There are seven taxes on fuel, which amount to GH¢1.9 on each litre of fuel purchased.