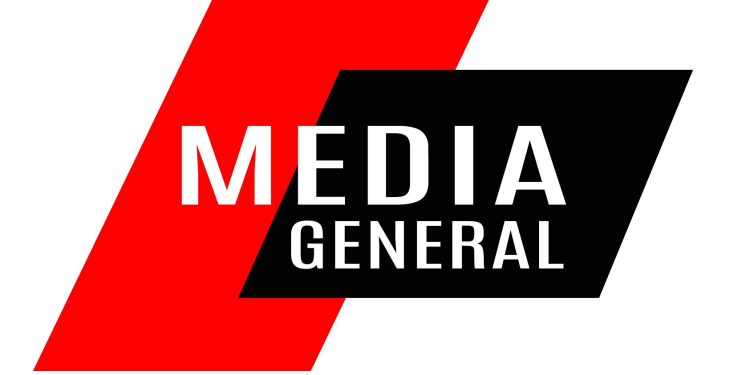 The Media General Group, owners of Onua TV/FM, says recent comments made by Blessed Godsbrain Smart, popularly known as Captain Smart, its morning show host, that warranted his arrest, do not threaten Ghana’s peace and security.

Captain Smart was arrested on Thursday, December 2, 2021, by the Ghana Police Service.

A statement from the Ghana Police Service said Captain Smart was arrested for making “some unsavoury pronouncements that hinge on peace and security”.

The statement added that “Captain Smart has been cautioned on the offence of offensive conduct conducive to breaches of the peace as provided under section 2017 of the Criminal Act, 1960 (Act 29)”.

However, Media General Group in a press statement issued on Thursday, December 2, 2021, and signed by its Group Head of Corporate Affairs, Christopher Koney rejected the claims by the police.

According to the group, police misinterpreted the comments by Captain Smart.

“However, Media General believes that the statement made by Captain Smart should not be one that should be interpreted in the manner that the Police did, and also to add that we are increasingly concerned about the new trend of the arrest of Journalists and media practitioners.”

“This recent trend of picking Journalists has affected Journalists who work with Media General who are simply doing their work and, like every Ghanaian, should be protected by the Constitution.”

The statement added that Captain Smart’s arrest is not just an isolated incident, but an example of the intolerance increasingly creeping Into Ghanaian society.

“Thursday’s arrest and detention of Captain Smart is by no means an isolated incident, but just one more egregious example of the intolerance increasingly creeping into Ghanaian society.”

“We are convinced that a careful review of the entire statement made by Captain Smart would reveal that it did not amount to threats to the peace and or stability of the country as claimed by the Ghana Police.”

Below is the full press statement from Media General Group 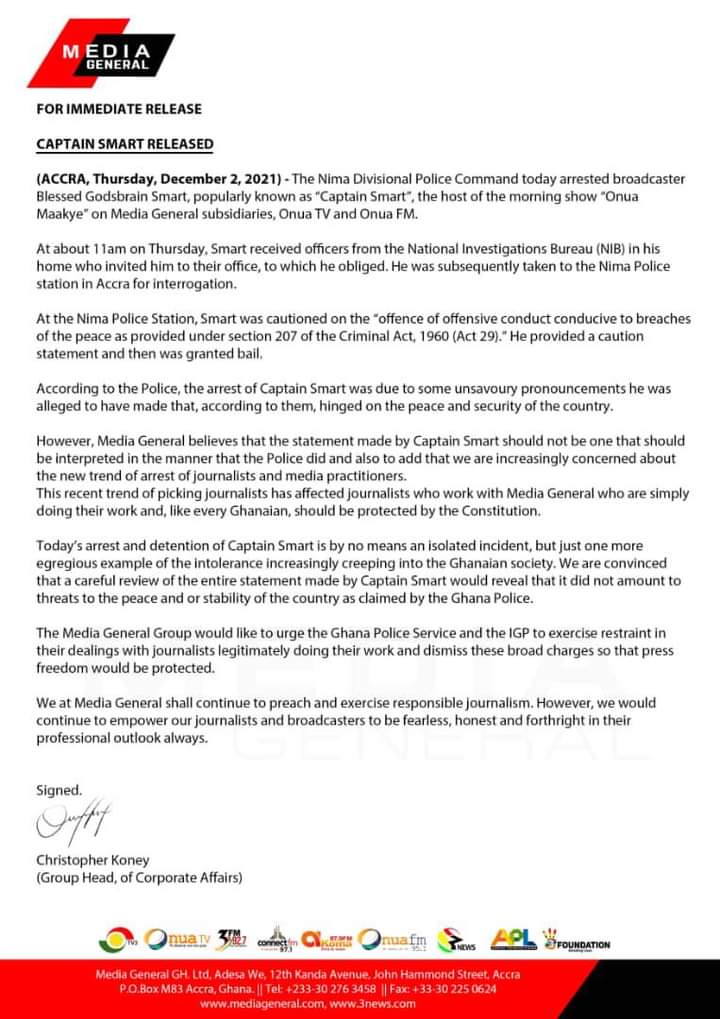 The National Media Commission, NMC, had expressed its disappointment in what it refers to as unprofessionalism on the part of managers of Onua TV/FM following its broadcast of some unsavoury pronouncements that hinge on peace and security.

The NMC in a statement issued on Thursday, December 2, 2021, said “on the morning show on Onua FM/TV, Captain Smart was heard allegedly inciting the Ghana Armed Forces against Members of Parliament and also calling on them to stage an uprising.”