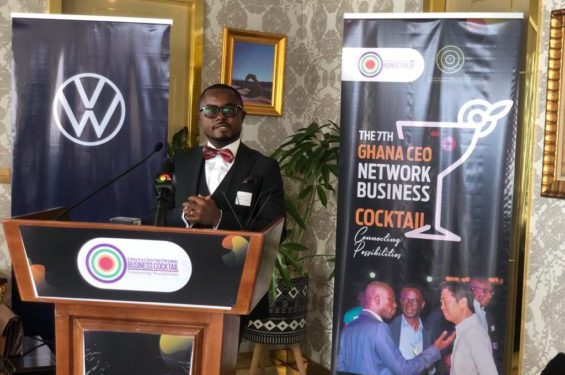 The Inspector General of Police (IGP) Dr. George Akuffo Dampare has assured the business community that the Police Service is in the process of standardising its operations to position the Service to adequately tackle the forces of change that are driving an upsurge in crimes.

In a speech read on his behalf by Director-General in charge of Police Patrol COP Paul Manly Awuni, the IGP told members of the Ghana CEO Network at the 7th Ghana CEO Business Cocktail that some of the major drivers of change that the Police Service is engaging include “revolutionary changes in technology and the nature of crime as well as growing indiscipline in society and increased demand for police accountability.

Regarding changes in technology and the nature of crime, Dr. Dampare noted that although developments in technology are largely beneficial, “persons with criminal intentions are applying technology to perpetrate crimes that literally blow the mind.”

He gave the assurance that the Police, on the other hand, are adapting to these forces by leveraging technology to further their operational and organizational challenges.

He informed the gathering that the ICT Directorate is collaborating with Cyber Crime and Interpol Units of the Criminal Investigations Department, as well as the Police Intelligence Directorate and others to deal with all technology-related challenges.

The IGP further briefed the CEOs about a Traffic Intelligence System at the Police National Operations Centre linked to thousands of cameras at strategic locations. This system, which has several monitors in all 18 police regions, are manned around the clock and helps the police bring traffic offenders to book.

Regarding the welfare of officers, Dr. Dampare revealed that an e-medical services program has been tested and will be launched soon to boost the health of police personnel throughout the country, including those in remote and inaccessible areas.

The police chief acknowledged that there is “growing indiscipline in our society and an increasing demand by the public for police accountability.” He embraced the demand for accountability but shunned the surge in indiscipline.

To address the growing trend of indiscipline, the IGP recommended that there is the need for leaders to live by example, do what is right and eschew what is wrong. He further called for the application of what he calls the “hot stove principle” to curb indiscipline.

“When an electric stove is switched on and the surface plate heats up and becomes red-hot, whoever touches it, be the person a millionaire, pauper, assemblyman or ordinary man, it will burn that person and that is it,” he related. Dr. Dampare quizzed further, “Have you wondered why nobody ever gets burnt by a hot electric stove except by accident?”

Due to the effectiveness of the hot stove principle, the Police Management Board has resolved and are tackling all forms of indiscipline in the country with fairness and firmness.