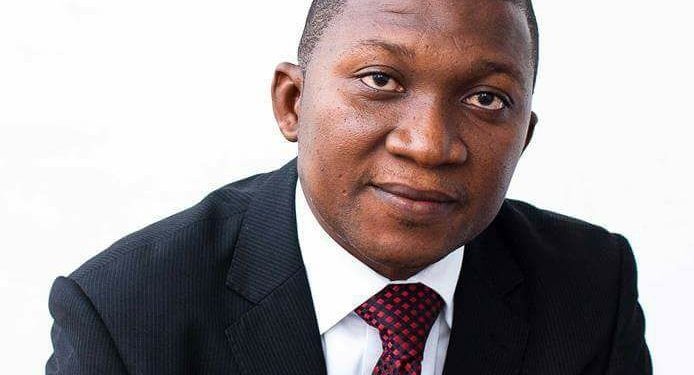 Managing Director of EDC Investments Ltd, Paul Kofi Mante has explained that, the journey to financial independence is not a sprint but a marathon.

He attributes the rise in the get rich mentality amongst the youth to the unrealistic notion that the road to financial independence is a 100m sprint.

“We don’t acquire money all at once but in bits. The journey to financial independence is not a sprint but a marathon. It is not a day event but in bits, timing and consistency, one can make money. We need our young ones to understand that making money is not an event but a painstaking process. We want people to understand that with discipline, we can achieve and get the money we desire,” he opined at the launch of the financial literary segment dubbed ‘Wo Sikasem’ on the Epa Hoa Daben curent affairs show.

According to Paul Mante, life is not a event but a journey with many learning experiences. He urged Ghanaians, especially the youth to set financial goals for themselves if they want to make ‘clean’ money.

Sharing insights into the partnership with Happy98.9FM for the ‘Wo Sikasem’ segment, he stated, “EDC and Happy98.9FM are collaborating to teach and promote the culture of investment through this radio broadcast. We want to explain the principles of making money to the Ghanaian populace and in the process help many people to attain financial independence.”

‘Wo Sikas3m’, the daily financial literacy segment in Ghana’s widely spoken local language; Twi will be broadcasted live on Happy98.9FM’s Epa Hoa Daben current affairs talk show at 2pm every weekday, reaching people in Accra and its surrounding regions. With nationwide and ultimately the global reach as the goal, affiliates of Happy98.9FM will broadcast this segment live, with Akonoba 92.7FM serving those in the Bono, Bono East and Ahofo regions. Neesim 100.1FM and Neesim 95.9FM will serve Ghanaians in the Northern, Savanna, North East and Upper East regions respectively with Happy98.9FM also capitalizing on its digital assets to reach the global populace.

Money is considered a major life course regardless of one’s profession or social status and this campaign seeks to build capacity and knowledge of money. As multiple streams of income is a necessity and not a luxury, all listeners of Happy98.9FM are entreated to tune in daily for these money making nuggets from EDC investments.

“Ecobank Development Corporation (EDC) Ghana is the securities, wealth and asset management subsidiary of the Ecobank Group in Ghana.”

EDC’s flagship fixed income fund is the biggest fund in Ghana and has grown to over Gh₵2.7 billion ever since its inception in 2012. With over 80 percent of the fund invested in government and quasi government securities, investors are assured of the security of their funds.

One can join the EDC family by walking into any branch of Ecobank and needs a minimum of Gh₵50 to subscribe to a preferred policy.