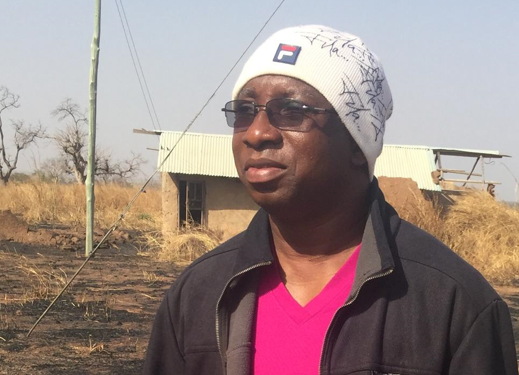 Ghana, among many other African countries, has been very outspoken about her stance on LGBTQ+. Currently, Parliament is working seriously on an anti-LGBTQ+ Bill to be passed into law. This demonstrates that Ghana, among other “developing nations”, can reject things coming from the developed countries as long as these things infringe on their rights as a country; culture, traditions and religion. From the media and other forums, there were public roars not to entertain the acts of LGBTQ+ in the country.

This, for most of us, is a step in the right direction. Kudos to traditional chiefs, religious leaders and other stakeholders in the country who spoke openly against it. The path to the passing of this bill has not been without a counter stance from pro-LGBTQ+ people and the eighteen Ghanaian intellectuals who oppose the bill. The proponents of the bill have come under attacks from both local and international bodies

Nevertheless, in my opinion, talking so much about LGBTQ+ on social media and passing the anti-LGBTQ+ bill into law is just the tip of the iceberg. The real fight is how eventually we can make the law to be passed in work in the face of such a messy economy in Ghana. By taking such a glaring stance, countries for LGBTQ+ would now be weaving their choices of which countries to invest or support. This certainly will put some constraints on developing countries such as Ghana; it would have a grave impact on our economy.

But should we consider the ‘economic’ gains and lose sight of the thing that defines us as a people? It will be a great pyrrhic achievement if we embrace LGBTQ+, affecting population growth but disrupting the
country’s future.

This would mean Ghana and other countries, who have made their stance clear as anti-LGBTQ+, have to rely heavily on their resource to stabilize their economy. Ghana and, for that matter, Africa will have to rise from their slumber, from self-centred political ambition, literally beat down corruption and other malpractices in the country’s economic system. This stance might, after all, be a wake-up call to doing things and depending on ourselves.

Another “economic decadence” is having many young people change their sexual orientation because of economic hardship. I had the chance to speak with or counsel a couple of friends, who claimed to be homosexual or lesbians, not really because they are homosexuals or lesbians, but how to sustain a livelihood. Severe economic hardships make many people concede to such indecent sexual acts and behaviours. For some strange reasons, some of these homosexuals and lesbians are quite rich and influential in society. Even though they constitute a minority in every sphere of life, they influence people and countries, notably African.

This certainly will throw a huge challenge on the laws that will be passed. Adhering to these laws, one would have to weigh between his livelihood and the law. Consequently, failure by the government to fix the economy will render these laws ineffective because in their distress to survive and get non-existence jobs, the unemployed youth will become a fertile ground for luring into the LGBTQ+ sickness.

While trying to pass a law on LGBTQ+, it would be paramount to work concurrently to step up the country’s economy to some appreciable level. Otherwise, our effort as a nation, standing against LGBTQ+ will only be successful on talk shows. Napoleon Bonaparte once said, “the world suffers a lot. Not because the violence of bad people but because of the sience of good people”

In our fight against LGBTQ+, let us not lose sight of upholding human dignity. The act should be condemned, but the person should be saved. Remember, God, hates sin but loves the sinner.

Two road tolls in Ghana: The ‘real toll’ is off

Two road tolls in Ghana: The 'real toll' is off