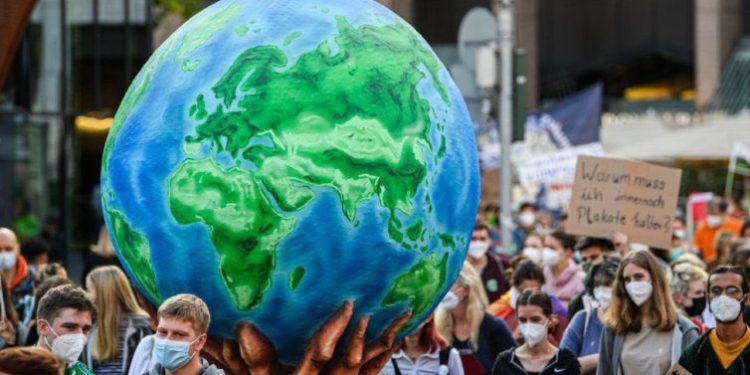 As young climate activists from different parts of the world, we closely followed the recent climate conference in Glasgow. What we experienced was an atmosphere of omission.

With the COVID19 pandemic ongoing, rife global vaccine inequity, traveling costs including processing time for visas, and overall uncertainty around the planning up to COP26 were fundamentally unfair to particularly attendees from the Global South.

This was an experience we embodied ourselves, as Danish and Ghanaian activists. Traveling from Denmark, being fully vaccinated months ago, and having a passport that provided trouble-free access to the UK, was relatively smooth. Despite traveling by train, the trip was easier than traveling from Ghana. There were multiple barriers to attending the conference as an African, issues far and wide related to cost and access inequalities to the conference. This is an example of how the COP failed to welcome the African experience to the climate threat.

Meanwhile, as participants were wrapping up their first week at the conference in Glasgow, Perennial Tidal waves hit several residents in the Volta Region of Ghana, displacing about 2000 homes in the Keta Municipality.

Affected communities like Abutiakope, Salakope, Kedzikope and Keta Central had their schools, roads, and even cemeteries washed away. As residents of these communities continue to count their losses, this climate-induced disaster is happening at the time of yet another COP that has failed to deliver on loss and damage finance.

A clear example of the contradiction between promises and action was evident in the US opposition to the establishment of a new loss and damage fund, while President Joe Biden claimed to lead by example in supporting developing nations.

This became a clear discrepancy between what was spoken about in the conference and what was demanded by civil society on the outside (and inside).

COP was held in Europe for the sixth year in a row. Six years where voices from the Global South have had to travel further to be heard. As long as the COP is located in the Global North, the power imbalance is maintained and voices from the Global South will continuously lack representation. However, the technocratic nature of negotiations themselves means that far from everyone, who was in Glasgow had the chance to contribute meaningfully to how decisions are made and whose knowledge is valued.

When voices are silenced or just bluntly ignored, COP cannot be a success. This is where we believe that the COP can learn from the grassroots climate justice movement. Although much work still needs to be done, we are working on reaching out and building bridges across different movements and centering the voices of those most impacted.

We cannot solve a crisis like climate change without understanding its ethical dimensions. In order to provide just solutions, the approach should be climate justice and not only climate action.