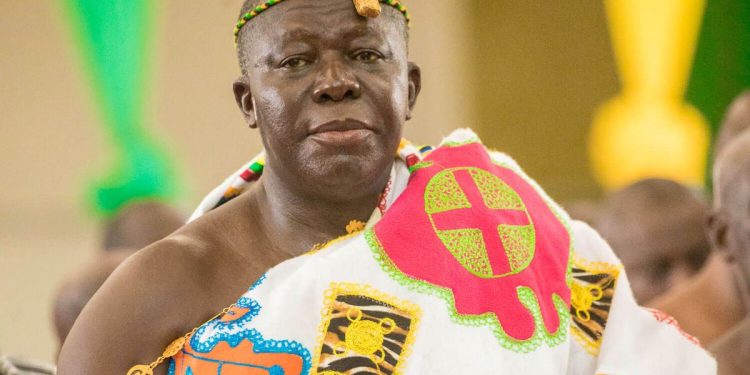 The Asantehene, Otumfuo Osei Tutu II is worried about the recent power outages in the Ashanti Region.

Speaking during a courtesy call on him by the Minister of Energy, Dr. Matthew Opoku Prempeh, the Asantehene said the intermittent power outages had destroyed his electrical appliances.

“I have been experiencing power outages recently. The light goes off and comes back without caution. All my appliances have been damaged because of the outages. So I sent messengers to him to enquire about what the problem was. There was a time he came around, and the lights went out in his presence. And I asked why the outages, and he promised to ensure that the challenges are fixed. What I’m elated about is that he summoned all his engineers before me.”

“I will say it is a good move he has taken to fix the challenge. It was the same approach he used while he was Minister for Education. I will urge the officials here present to work to address the power situation to bring respite to the people of the region,” he said.

Dr. Prempeh, in his response, attributed the recent outages in the region to a fallen telecom mast that destroyed two towers belonging to the Ghana Grid Company (GRIDCo) earlier in November.

He, however, assured residents that he was working to permanently resolve the problem.

“We are working assiduously on the GRIDCo lines that have fallen. We cannot lie to you, we are asking you to support us with your prayer and love, I have nowhere to go, I won’t sit idle for power in Kumasi to be toyed with. We have just encountered difficulty, but soon, it will all be resolved.”

The Asantehene also appealed to the Minister of Energy to expedite action on relocating the Ameri Power Plant to Kumasi.

Apart from the Ashanti Region, there have been power outages in some parts of the country including the Greater Accra Region.

Two months ago, the Ghana Grid Company released a load shedding timetable for some areas in the Greater Accra Region.