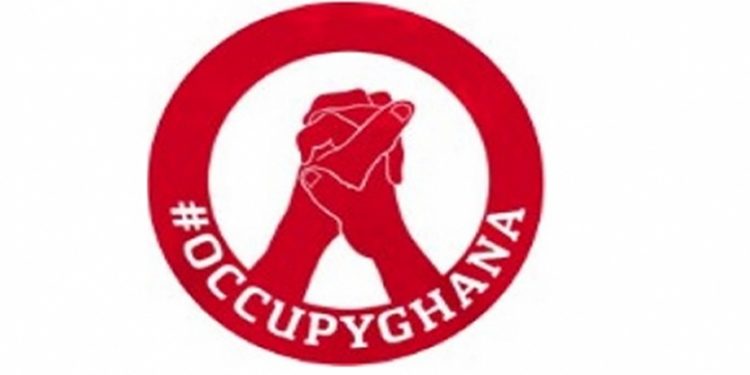 Pressure group, OccupyGhana wants the legislators who were involved in Monday’s brawl in Parliament to be prosecuted.

The group said it is disappointed at the trend of use of violence by MPs in recent times especially when it is expected to be one of the most democratic institutions.

Subsequently, a brawl ensued with dozens of the opposition parliamentarians exchanging fisticuffs with their colleagues on the majority side while some officials of Parliament tried to protect the Speaker’s seat and the mace of Parliament from being vandalised.

But in a statement on Wednesday, OccupyGhana said all the legislators caught on camera involved in the fight should be made to face the law despite the police service’s claim that it does not have the power to intervene.

“Since the law is no respecter of persons, those MPs caught on camera engaging in violence should be made to face the law. We note that the police have already indicated by its public statement dated 21st December 2021, that it is powerless to intervene in this matter. We disagree,” OccupyGhana said in the statement.

It argued that the immunities granted Members of Parliament does not include crimes committed “anywhere, including the floor of Parliament.”

MPs were aware, yet unconcerned, that the entire nation was watching on live National Television, when they engaged in despicable acts of trading insults and punches in a manner that can best be described as uncouth, dishonourable, un-Ghanaian and an absolute embarrassment to the nation.

What our MPs appear to have blissfully forgotten is that whenever coups have interrupted our democratic dispensations, it is Parliament that suffers the most, among our democratic institutions. With that in mind, one would think that MPs would not conduct themselves in a manner that shows that they themselves are given to undemocratic conduct.

But over and over again, and in less than 12 months, this Parliament of the Fourth Republic has abandoned even pretexts of good and democratic behaviour, and is competing with itself for the designation as the worst group of MPs (a bunch of cheap, uncouth, violent and childish, playground-bullies) that Ghana has had the misfortune of electing, in her entire history of electing MPs.

No Ghanaian, regardless of their political party affiliation, should treat this misbehaviour by our MPs lightly. That is why OccupyGhana®️ believes that the usual ‘unqualified’ apology will not suffice. In fact, it will add insult to the injury caused by them to the good people of this country.

Since the law is no respecter of persons, those MPs caught on camera engaging in violence should be made to face the law. We note that the police have already indicated by its public statement dated 21st December 2021, that it is powerless to intervene in this matter.

We disagree. None of the immunities granted by the Constitution to MPs in articles 115 to 120, covers crimes committed anywhere, including the floor of Parliament. Specifically, the MP’s immunity in article 116 is specifically limited to “any matter or thing brought by him in or before Parliament by petition, bill, motion or otherwise.” There is no possible interpretation of this immunity that would cover the crimes we saw them commit on TV.

Further, article 122 of the Constitution, which provides that acts that obstruct or impede Parliament or affront its dignity constitute contempt of Parliament, does not distinguish between MPs and non-MPs. Article 123 then provides that even the exercise by Parliament of the power to punish for contempt, “shall not be a bar to the institution of proceedings under the Criminal Law.” The acts of assault, battery and unlawful fights we watched on live TV constitute criminal acts, and the people of Ghana should never be told that MPs can get away with crimes once they commit those crimes in Parliament.

We doubt that this Parliament and its leadership will have the decency or courage to charge and punish any of these members for contempt under the Parliament Act, 1965 (Act 300). But surely, those with prosecutorial power, must institute criminal prosecution.

While we all may bear some blame for tolerating this level of despicably bad behaviour from our elected officials, in giving them a pass whenever they misbehave and then apologise, this is when Ghanaians draw a line in the sand. Ghana deserves better. We need to restore confidence in Parliament by punishing every erring MP.

In the interest of God and Country,