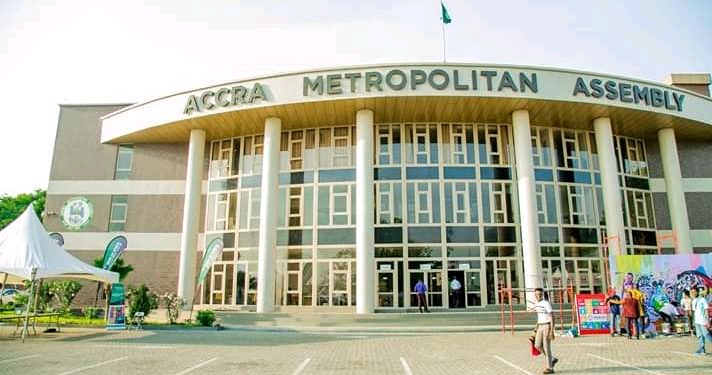 The Accra Metropolitan Assembly (AMA) has clarified that the overall best farmer in the metropolis, Mrs. Naa Adjeley Mensah, was adequately rewarded, contrary to claims on social media that she was only given a bicycle, sprayer and some assorted items.

The Assembly, in a statement, said the facts of the publication had been distorted.

“The attention of the Accra Metropolitan Assembly has been drawn to several syndicated publications circulating on social media and some online portals insinuating that the Overall Best Farmer for AMA was honoured with a bicycle, sprayer and assorted items.” 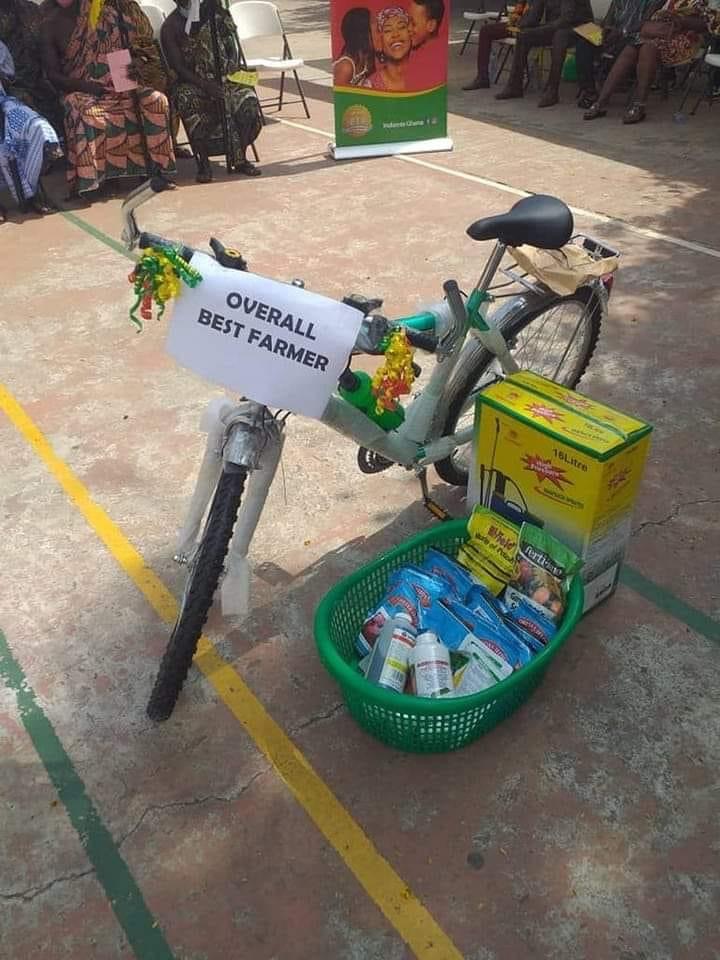 “The AMA, however, wishes to inform the general public in unequivocal terms that the facts of the publications had been distorted and that she was adequately rewarded despite an erroneous impression being created on social media that she was only given a bicycle.”

The Assembly indicated that, Mrs. Naa Adjeley Mensah who is a backyard farmer at Korle-Bu received a Rambo 500 polytank, knapsack, seeds, insecticides, cutlasses, fertilizers in addition to the bicycle after a series of engagements with officials from the Assembly’s Agric Department.

“The AMA would want to urge the general public to ignore the said publications and treat it as mischief,” the statement added.

Meanwhile, an official at the AMA who spoke to Graphic Online on condition of anonymity further explained that only prizes that were easily moveable were moved to the venue of the ceremony, so other prizes such as the Polytank, fertilizers and insecticides were not in the view of the cameras that captured the bicycle. 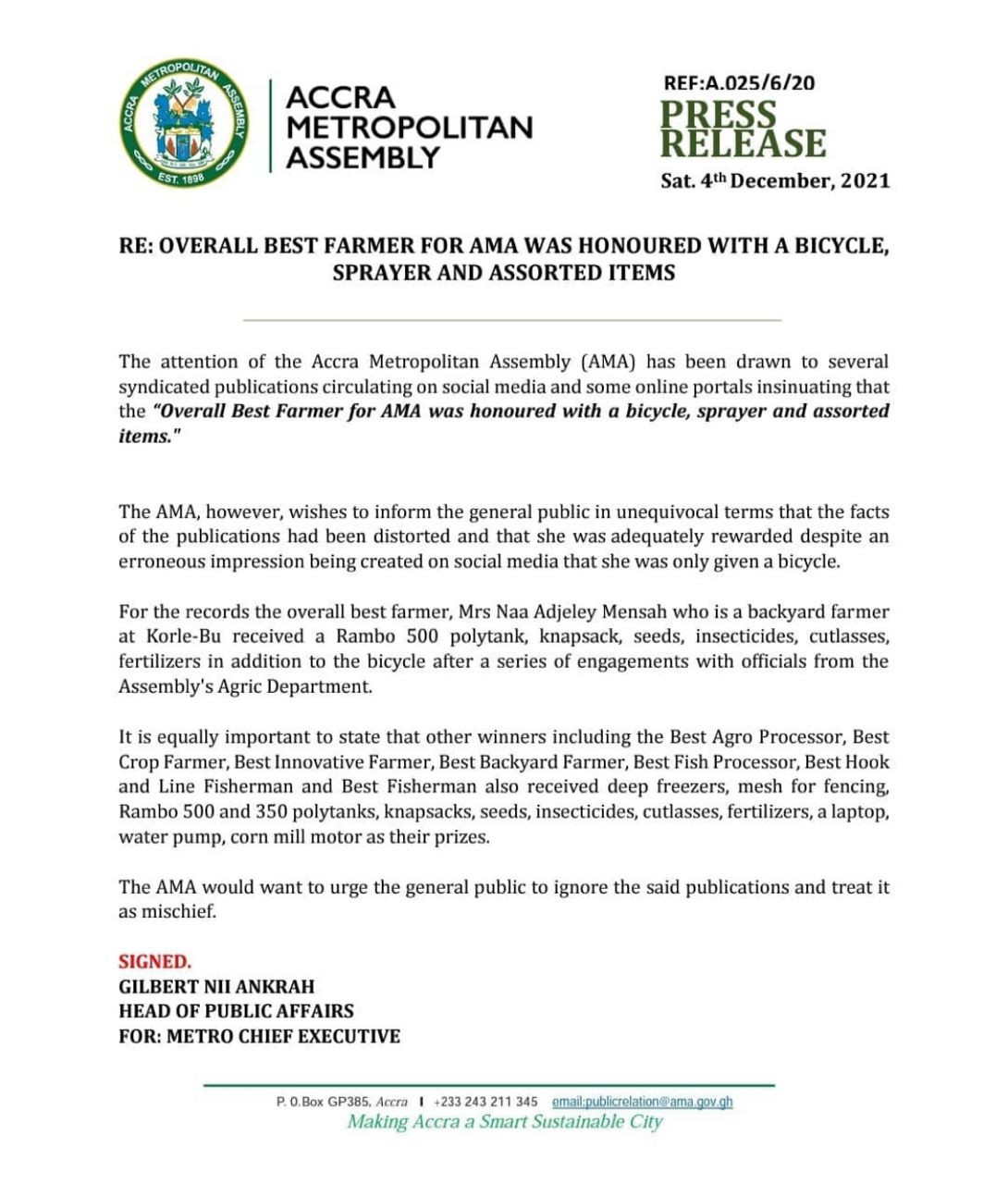