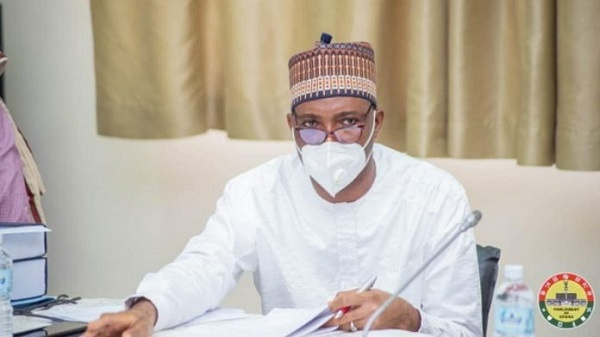 Minority Chief Whip in Parliament, Muntaka Mubarak, is worried over recent happenings between his side and the Majority following the controversial approval of the 2022 Budget and matters arising thereof.

He believes, the failure of the two caucuses, to reach a consensus over their grievances on the policy document, could lead to a breakdown in discussions.

Mr. Muntaka, also the Asawase MP was commenting on the formation of the bi-partisan committee set up to resolve the disagreements over the approval or otherwise of the government’s 2022 budget statement and economic policy.

Speaking on Eyewitness News however, the legislator mentioned that, given the current nature of the house in terms of its close numbers, there was the need for a permanent framework for dialogue among leaders in the 8th Parliament.

“I am begging my colleagues on the Majority side, no body should try to play smart. Now we are at crossroads. We all appreciate that we have a hung Parliament, and we must all learn that, no one side can get its way easily. To avoid any side thinking that it can have its away, let’s try and have a structure that will probably deal with issues in future with a common ground.”

The 20-member bi-partisan committee was set-up to de-escalate the tension associated with the approval of the 2022 Budget Statement.

The Majority contends that the step taken by the leaders of the two caucuses of the house is to find common ground on issues in a bid to prevent chaos or near violence on the floor of Parliament.

Experienced MPs from the Majority on the committee include MP for Okere, Dan Botwe, Adansi Asokwa MP, KT Hammond, Assin Central MP, Kennedy Agyepong and MP for Essikado/Ketan, Joe Ghartey, while experienced MPs on the side of the Minority include MP for Asawase, Muntaka Mubarak , MP for Banda, Ahmed Ibrahim, Kwabena Mintah Akandoh and James Agalga.

The modalities as to how this committee will operate will be set out later.

However, despite the tussle over the approval or otherwise of the 2022 budget statement, some committees of the house have commenced consideration of the budget estimates for the 2022 fiscal year.

The committees considering the estimates are Roads and Transport, Food, Agriculture and Cocoa Affairs, and the constitutional, legal and parliamentary Affairs.

The Ministries of Railway Development, Roads and Highways, Transport, Food and Agriculture, Parliamentary Affairs, and the Office of the Attorney General are expected to appear before their respective committees to justify the budgetary allocation to be utilized for the 2022 fiscal year.

Recently, there have been some disagreements in the house following the rejection of the budget statement by the Minority on Friday, November 26, 2021, and the subsequent approval by the Majority on Tuesday, November 30, 2021.

For instance, there was chaos in Parliament after the sit-in Speaker, First Deputy Speaker, Joseph Osei-Owusu, gave a ruling which didn’t favour the Minority Caucus.

According to the Minority, it was wrong for the Deputy Speaker who chaired proceedings on Tuesday, November 30, 2021, to count himself as part of the Majority while he assumed the speaker position.

However, after a lengthy debate on the matter, Mr. Osei-Owusu, who chaired the sitting in the absence of the Speaker, turned down the motion.

He subsequently suspended sitting for an hour following the confusion that ensued after his ruling.

But upon resumption, the Second Deputy Speaker assumed the Speaker’s seat and subsequently adjourned the sitting.