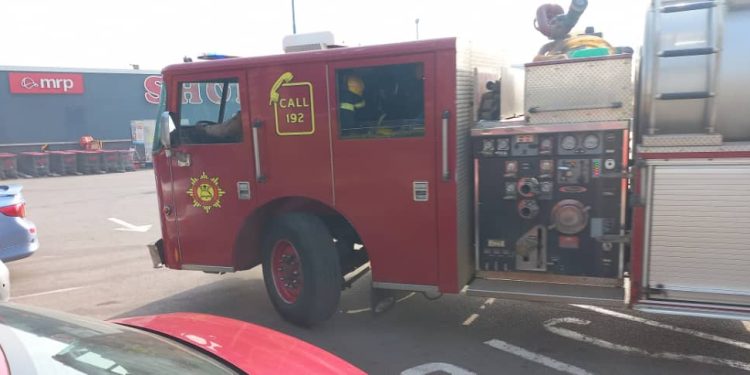 The management of Achimota Retail Centre, popularly known as Achimota Mall, has denied reports of a fire outbreak at the facility on Thursday.

ARC’s Management expressed shock at what it described as the misrepresentation of its routine emergency safety drill by some media outlets.

Some media reports on Thursday, quoting an initial story by Accra-based Starr FM, had stated that fire had “gutted portions of Achimota Retail Mall, causing injury to some shoppers”

The Mall’s management has, however, dismissed the report as totally false and unfounded, and assured the general public that Achimota Retail Centre has not recorded any fire incident.

They added that the ARC has been open all day, doing business and meeting its responsibility of serving its numerous customers and patrons during the yuletide.

In keeping with its strict public safety policy, Achimota Retail Centre runs at least two emergency safety drills every year, ARC Management told news reporters after learning that the second and last simulation exercise for the year had been misreported as a real fire outbreak with “casualties.”

“We conduct these emergency simulation exercises every six months in close collaboration with the Ghana National Fire Service and with supervision from other national safety agencies,” ARC’s Operations Manager, Benjamin Appiah Darko said.

“As a public facility which attracts such large numbers of people, these drills are very necessary for testing the efficiency of our safety systems and our preparedness to handle and manage emergencies like fires, stampedes and any other eventualities.

“Although in such exercises, our tenants and in-mall workers are not supposed to have any foreknowledge of the drill, we always pre-consult safety and security agencies like the Mile 7 Police, NADMO, the Municipal Fire Station and the Ambulance Service,” Darko disclosed.

According to him, Thursday’s simulation exercise lasted only 17 minutes, starting from 8:31 am and ending at 8:48 am.

“When all was set, we triggered off our fire alarm system by discharging some artificial smoke. At that time of the morning, there were no customers at the mall so we were particularly interested in the reaction and conduct of our tenants, the ancillary workers and our own staff. The movement of people towards designated Assembly Points was impressive,” the Operations Manager elaborated.

“Our main collaborators from the Abelemkpe Fire Station then moved in with a fire tender to engage and contain an imaginary fire; there was an Ambulance on standby and a demonstration of first aid for a ‘casualty’ followed. On the whole, I would say that management and our safety partners are highly impressed with the conduct of the exercise, as our tenants, ground workers and staff largely complied with established safety protocols and procedures,” Centre Manager Mrs Olivia Torpey said, stressing that ARC is known as one of Accra’s safest and most secure shopping centres and that the management is very determined to safeguard that reputation