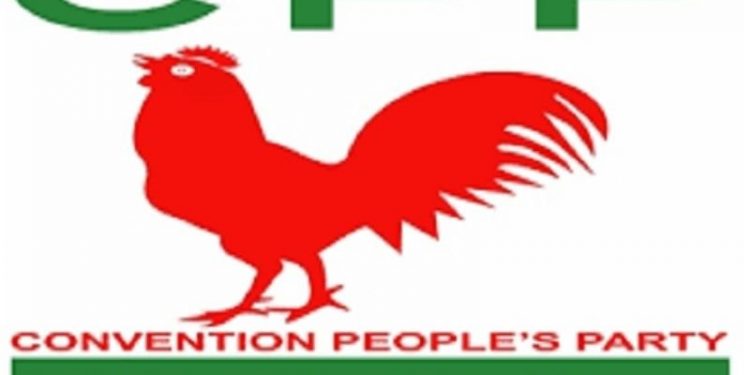 The Convention People’s Party (CPP) has made a passionate appeal to President Nana Akufo-Addo to return all of the party’s seized assets them.

The made the call during the New Patriotic Party’s (NPP) delegates conference in Kumasi.

The General Secretary of the CPP, Nana Yaa Jantuah, in delivering a solidarity message at the conference said the return of the assets which were seized after the 1966 coup against Ghana’s first president and the party’s founder, Dr. Kwame Nkrumah, will help forge reconciliation for the party.

“We at the CPP want to take this opportunity to plead with the president, His Excellency Nana Akufo-Addo to return to the CPP our assets which were confiscated in 1966 after the coups. It has to be returned to us as a form of reparation and as a form of reconciliation,” she said.

After the February 1966 coup by the National Liberation Council (NLC), the military junta banned the CPP and reportedly confiscated to the State several of the party’s assets, including the building that now houses the Ministry of Information and Media Relations.

The party has since been making several efforts and appeals to have the assets returned to them.

In February 2010 for instance, the CPP made a direct appeal to the Mills government to hand over its assets that were confiscated after the overthrow of Ghana’s First Republic.

Lardi Nylander, the then party chairman described the continued retention of the assets by the State as discriminatory because, according to him, most companies and individuals whose properties were previously confiscated had been returned to them.

Nana Yaa Jantuah also urged the New Patriotic Party to build consensus in governance to get the support of all sides of the political divide to ensure good governance.

“For you to succeed, there is the need to engage all sides to get a buy-in into your plans, programs and policies. Include all relevant stakeholders in the decision making process. Success is predicated on that, and this should be your hallmark as you steer the affairs of this nation,” she added.