Savannah Region: Toddler, 8 others perish in road accident at Gindabuo 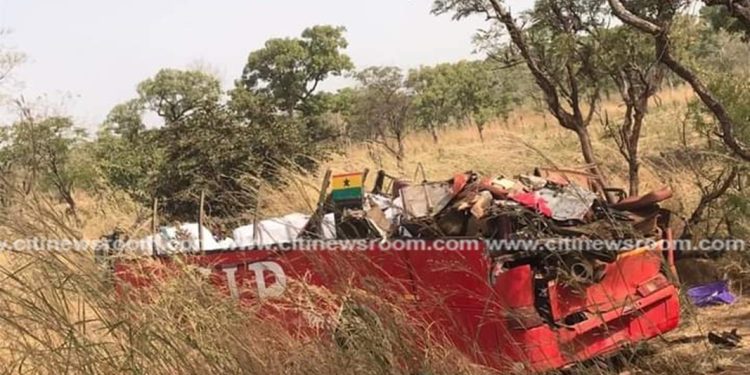 Nine persons including a toddler, have been confirmed dead in an accident at Gindabuo in the Sawla-Tuna-Kalba District of the Savannah Region.

According to the police, the driver of the Wa bound bus with registration number, GT 5693-15 allegedly lost control over the steering wheel and veered off the road.

It subsequently somersaulted and entered a ditch.

The District Police Commander of Sawla Tuna Kalba, Degraft Armah Adjei said Police officers in the area are currently investigating the cause of the crash.

“The injured have been moved to the Upper West Regional Hospital in Wa for treatment, whereas the dead have been conveyed to the Wa Municipal Hospital mortuary,” he further indicated.

2,380 persons have died between January and October 2021 due to road crashes.

This is according to provisional statistics released by the Motor Traffic and Transport Department (MTTD) of the Ghana Police Service.

The figure is a 14.48% increment from what was recorded within the same period in 2020.