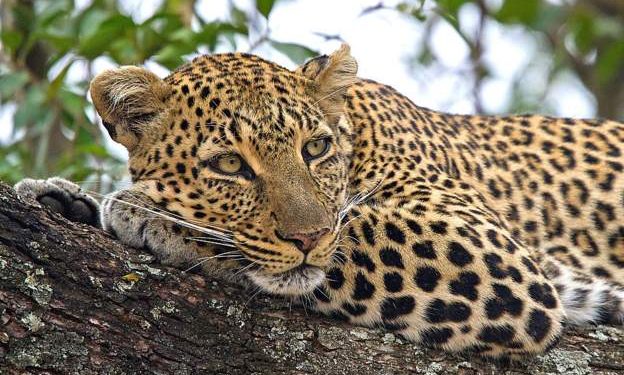 A leopard has been captured by wildlife officials in Kenya after it strayed into a home in south-eastern Kenya.

A video of wildlife rangers carrying the leopard, whose head had been covered, was shared by the Daily Nation newspaper:

KWS officers rescue a leopard that had entered a home in Voi, Taita Taveta County pic.twitter.com/in0Jg9wktu

The leopard is believed to have strayed from the Tsavo National Park into neighbouring Voi town where it was found, local media reported.

During the capture, members of the public surrounded the home while filming with their phones.

Cases of wild animals straying into built-up areas is not uncommon in Kenya.

The Kenya Wildlife Service has in the past urged the public to be vigilant and report any stray animals through a toll-free number.

In July, officials captured a stray lion that was found in a residential area near the capital Nairobi.