The Police in Tema on Monday, December 6, 2021, shot dead a suspected armed robber, while the other accomplice escaped during a shoot-out with the Golf City Police Motorbike Patrol team.

Following a distress call about a robbery attack in the area, a police patrol team immediately responded and pursued two suspects, who were on a motorbike with the registration number covered with a black polythene bag.

The Police in a statement explained that the suspects engaged them in a shoot-out leading to the death of one. 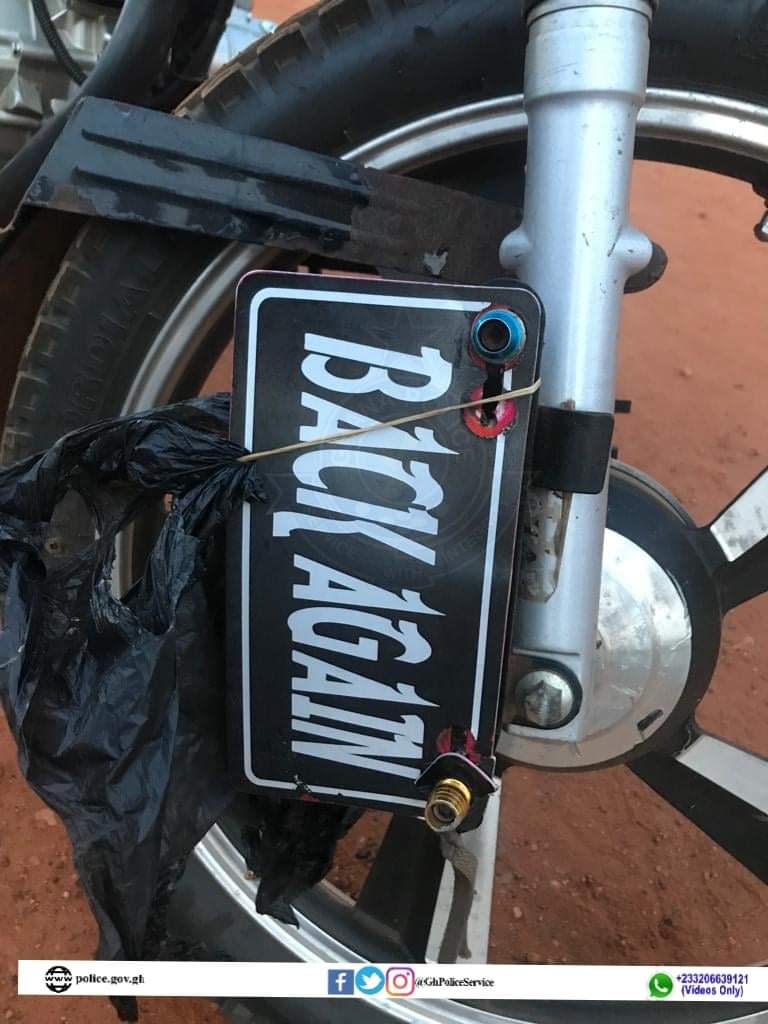 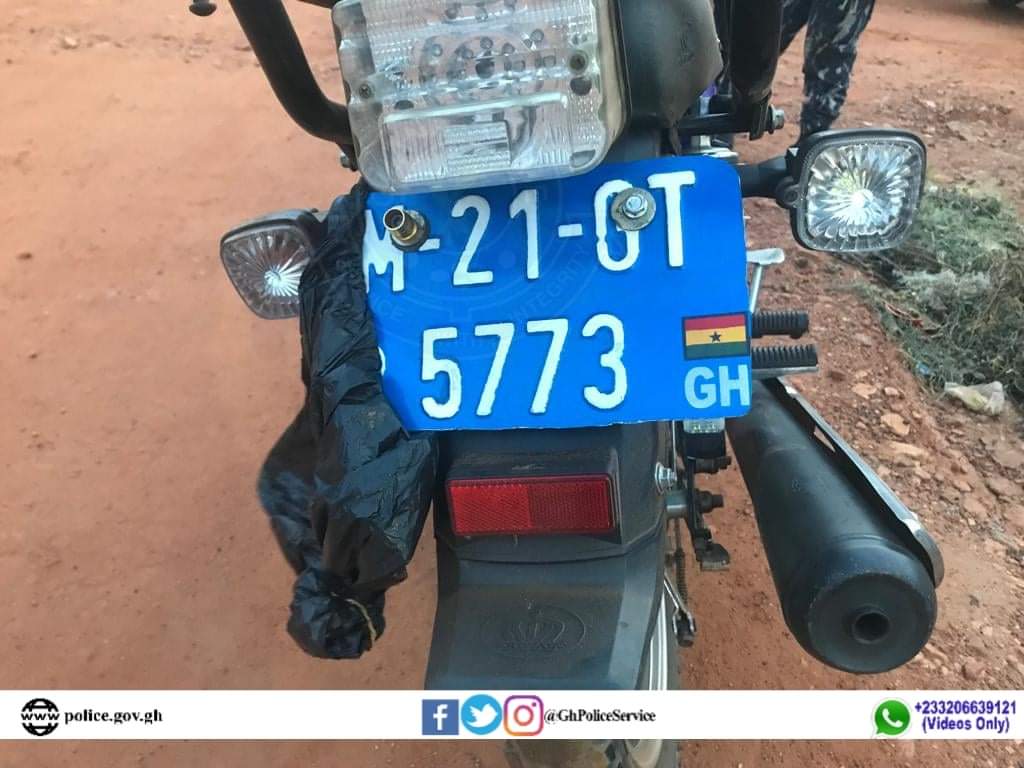 The second suspect however managed to escape.

The Police further indicated that a search on the deceased led to the retrieval of one Samsung A12 mobile phone, one Nokia keypad phone, GHC10.00, and one black 9 mm pistol. 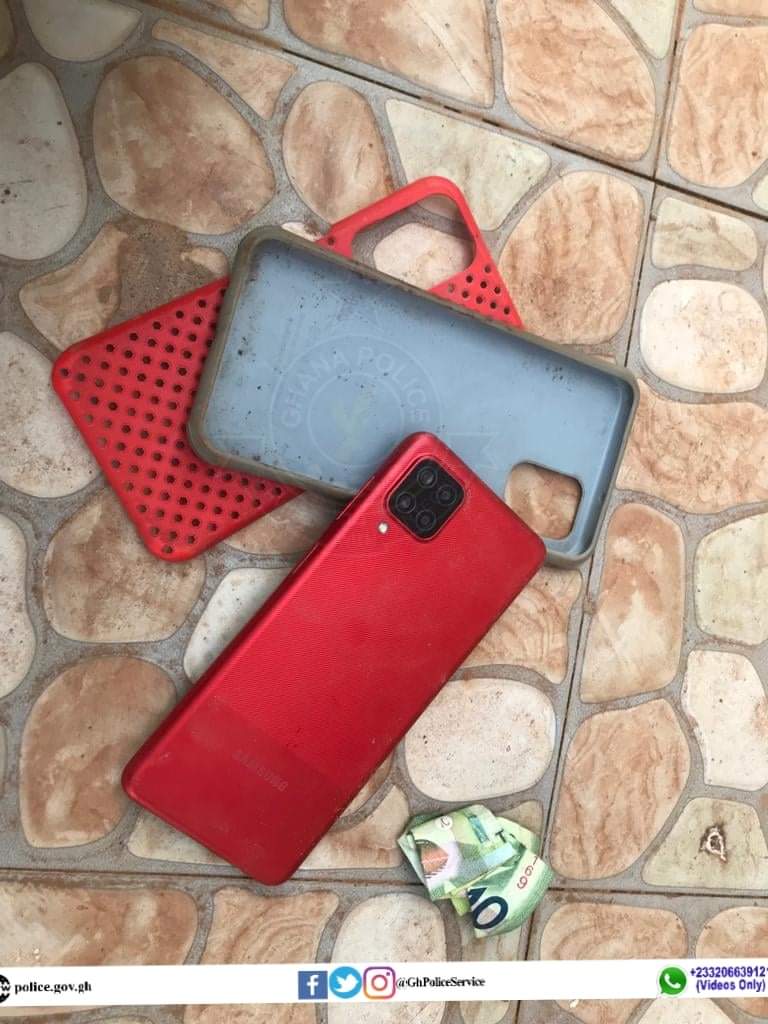 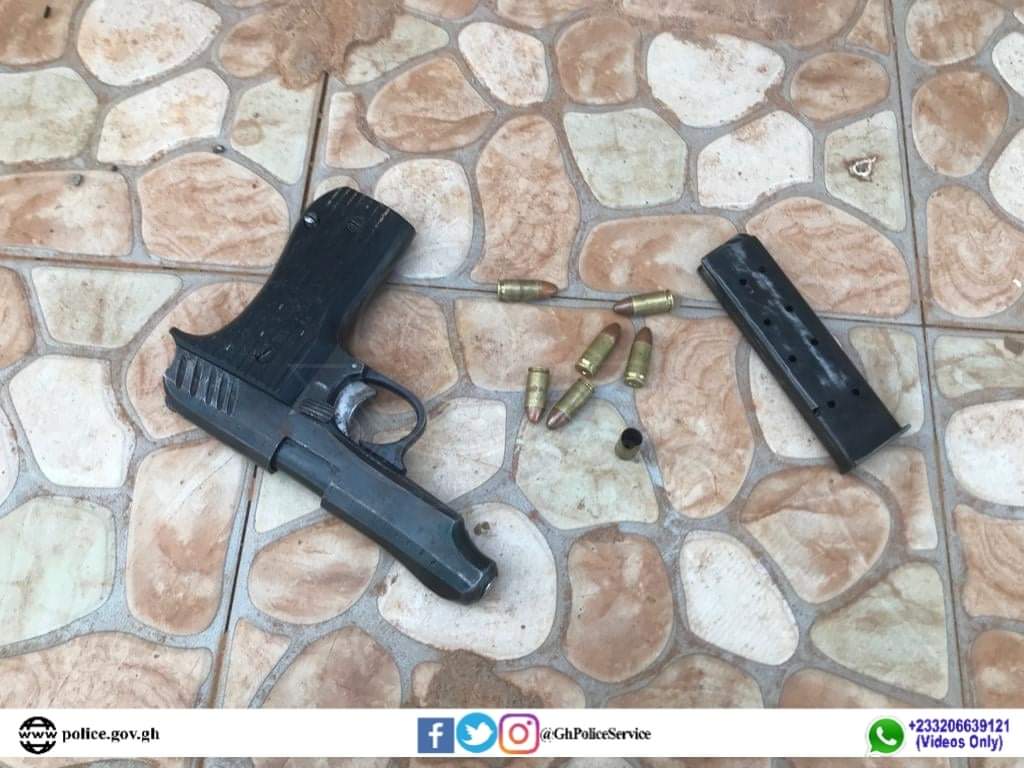 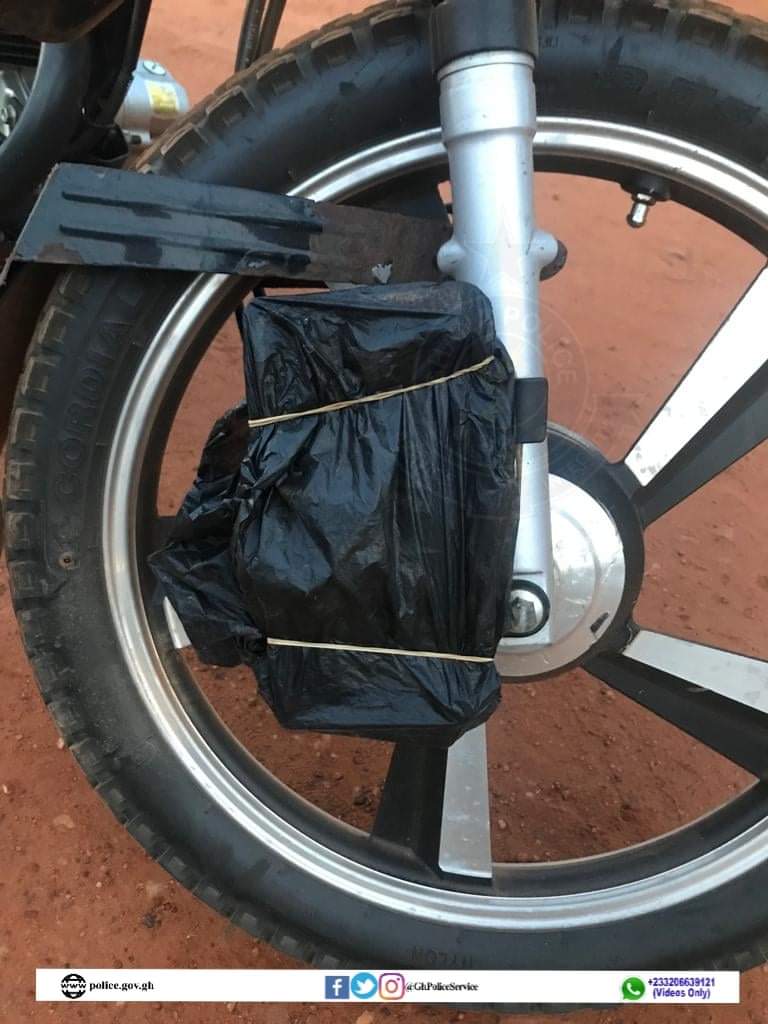 Later, at the scene of the robbery, some victims identified the phones as theirs.

Meanwhile, the body of the deceased has been deposited at the Tema General Hospital, awaiting identification and autopsy.

The Police say they have mounted a manhunt to arrest the second suspect who is believed to be limping on one leg.

“The Police Administration lauds the two patrol officers for their bravery in pursuing the suspects.”

“We continue to give the assurance that criminals will be pursued with all available resources to make our communities crime-free,” the statement added.