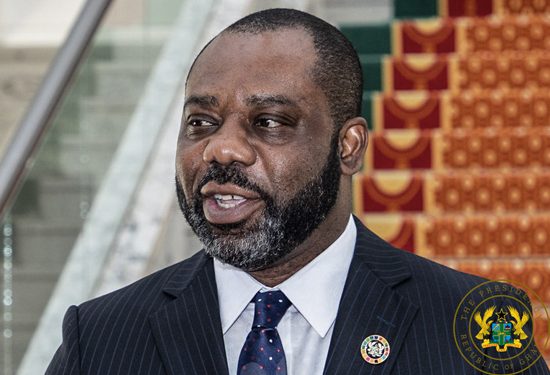 Dr. Opoku Prempeh who made this allegation on “Ekosiisen”, a political talk show hosted on Asempa FM on December 16, 2021, said the NDC is pursuing the agenda to get government to make provision for the project because it lies within the party’s stronghold.

Volta Region has been one of the major political landscapes where the NDC wins elections by landslides, however, in the last quarter of 2021, the Ketu South Municipality was hard hit with tidal waves.

About 1,027 individuals and 500 homes from communities including the Abutiakope, Kedzikope, Keta Central, Tsalakope, Agavedzi, Amuchinu and Adina, were reported to have been affected by the waves.

The Member of Parliament for the area, Abla Dzifa Gomashie and other NDC MPs called on the government to as a matter of urgency to meet the exigencies of the victims.

They also threatened to boycott government’s projects going forward, should it fail to include provisions for the sea defence wall in the 2022 “Agyenkwa” budget, which has generated so much discourse since its presentation before Parliament on November 17, 2021.

However, the Manhyia MP reckoned the actions and demands of the NDC caucus as one influenced by their political interests.

According to him, the region he hails from has also suffered similar fate, however, his party members and colleague MPs have not made such demands because they believe that the budget cannot cater for the needs of all at the same time but at piecemeal.

He, therefore, called on the NDC to restrain themselves from exerting pressure on government to meet their demands.

“The NDC cannot come and put pressure on government to make an allocation in the budget on the project just because the place is their stronghold. If that were to happen, then anybody or myself could also lead a protest and a demonstration asking for government to also cater for the flooding problems in Kumasi in the national budget.”

“Kumasi has flooded four times, but I didn’t see the problem addressed in the budget. He, who calls for equity, must come with clean hands,” he said.