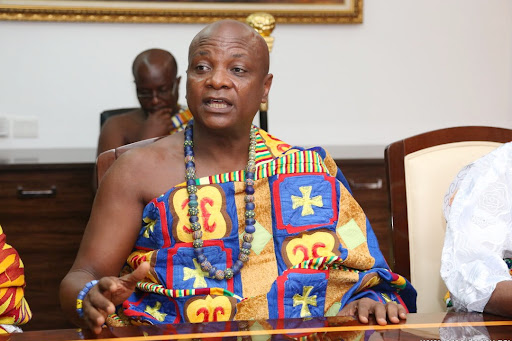 A central bank may care about only economic (output) growth or only inflation, or a combination of both. In the third case, it puts some weight on both inflation and economic growth. See the 2017 IMF paper below.

The debate between Torgbui Afede and the Bank of Ghana boils down to whether the BoG should worry too much about inflation and in the process sacrifice economic growth, and, even if the Bank’s inflation targeting is the right objective, whether a high policy rate achieves that objective.

The BoG does not believe that its policy rate is stifling growth because it believes that fiscal indiscipline and macroeconomic mismanagement, not monetary policy, are the causes of Ghana’s poor economic growth and development performance.

This debate is an old one. The title of the aforementioned IMF paper, which was later published in a 2019 issue of the Economic Journal, is “Designing a Simple Loss Function for Central Banks: Does a Dual Mandate Make Sense?” Part of the abstract reads:

In their concluding remarks, the authors observed that:

“There appears to be broad consensus among academics that central banks should primarily focus on price stability and devote only modest effort to stabilize measures of real economic activity. Many influential studies in the monetary policy literature show that such a behaviour would deliver the best possible policy from a social welfare perspective. Given this, it is not surprising that essentially all… central banks have been asked to focus on price stability with little or no role for stabilizing some measure of resource utilization; the outlier is the U.S. Federal Reserve that has a strong focus on economic activity through its dual mandate. The question is then: Is the Fed’s dual mandate redundant or even welfare deteriorating?

This paper examined this question within the context of an estimated medium-scale model for the US economy, and showed that the prevailing consensus may not be right. Looking at measures of economic activity seems to be more important than previously recognised in academia and in policy circles. And although our results are based on a model estimated for the U.S. economy, our result is relevant to all economies affected by non-trivial real rigidities and inefficient shocks, thus displaying a relevant trade-off between stabilising inflation and economic activity. For instance, the similarities in parameter estimates of macro models of the Euro area (see, for example, Smets and Wouters, 2003) and the U.S. suggest that our results should be relevant for Europe as well.”

“During the recent financial crisis many central banks, including the Federal Reserve and the Bank of England, cut policy rates aggressively to prevent further declines in resource utilization, although the fall in inflation and inflation expectations were modest. By traditional metrics, such as the Taylor (1993) rule, these aggressive and persistent cuts may be interpreted as a shift of focus from price stability to resource utilization by central banks during and in the aftermath of the recession. Our results make the case for a stronger response to measures of economic activity even during normal times. In our model, the policy trade-offs mainly arise from imperfections in goods and labour markets.”

To the extent that structural bottlenecks like low output (food, energy), low tax revenue, transportation costs (petrol la), etc seem to have significant supply-side or cost-push elements of inflation (as opposed to monetary elements) in Ghana, I am not fully convinced that if the BoG were to reduce the policy rate from 14.5% to say 8%, this will result in significant inflationary effects.

Can state-owned banks like the CBG, ADB, NIB, GCB lend at very low single-digit interest rates for productive activities, not for consumption? As in the case of East Asia, can performance-contingent cheap credit (i.e., at low interest rates) be given to firms? Or will this result in patronage, rent-seeking, and corruption? This was why Joseph Stiglitz noted that: “[T]he real miracle of East Asia may be political more than economic: why did governments undertake these policies? Why did politicians or bureaucrats not subvert them for their own self-interest?”

As you know I come to this debate from the perspective of a producer (of goods and services). Most times I’m impacted more by monetary policy through the cost of funds rather than fiscal policy, except ‘black swan foolishness’ like this MoMo tax, which is often a once in a 4-year event. Even the last such black swab policy was the currency restrictions that were attempted by BoG in 2014 so there!

If I buy a common item in Canada for $1, say a floor tile, usually add 30% for freight, insurance and clearing costs (doubled recently on COVID disruptions), a competitive market may permit me to add another 20% for transport, overheads, stocking costs, wastage, etc. However, if I’m financing half of this with a floating rate debt that hovers around 30% to 40%, that means that equity must be higher else why do it? Let’s assume WACC of 40%, 1*1.3*1.2*1.4 = $2.184 sale price in Ghana. That’s how the cost of imported items doubles in Ghana.

The Deputy Governor told me that he keeps rates high to discourage imports, and he doesn’t see why we don’t buy Twyford’s locally made tiles. Simple: quality, variety and consistency of supply. This would be solved by more manufacturers entering the market but guess the main obstacle…cost and availability of…financing!

The failure of BoG’s policy states in the face through all the special funding initiatives that the executive is forced into to fund policy preferences: 1D1F through EXIM, MASLOC, YouStart and other NBSSI (now GEA) programs. Instead of low cost financing for all, it’s become low-cost financing for some and a rich source of political patronage.

The difference between Afede and the BoG executives is that Afede is heavily invested in the economy, while the others are just rent extractors on which their fast salaries are based. It’s not in their interest to understand or agree with Afede.