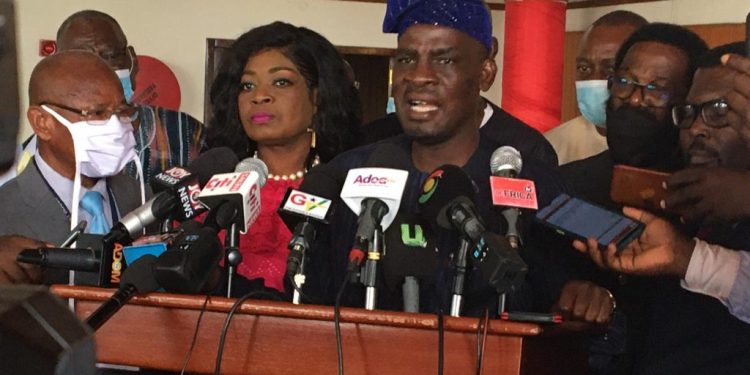 It appears the Minority in Parliament will not relent on its efforts to challenge the 2022 Budget Statement and Economic Policy until their concerns are addressed.

The group has indicated that it will explore what it calls “lawful and democratic means” in getting the government to revise the 2022 budget.

The group has over the weeks opposed the 2022 budget over the proposed 1.75% electronic transaction levy, among others.

The Minority earlier rejected the 2022 budget, but that decision was subsequently overturned by the Majority side.

However, the Minority will not let sleeping dogs lie.

“We in the Minority remain committed to exploring lawful and democratic means of getting the government to abandon this insensitive, obnoxious and regressive tax,” the Minority said in a statement.

The Minority disagreed with claims that it was seeking to “obstruct government business at the least opportunity.”

“The minority group in Parliament have since the beginning of this parliament demonstrated fidelity to the collective aspirations of the people of this country and most importantly to the constitution of the republic,” it clarified.

Their statement follows the Speaker of Parliament, Alban Bagbin’s plea for Finance Minister, Ken Ofori-Atta, to present a revised version of the 2022 budget to Parliament.

Despite the tussle over the approval or otherwise of the 2022 budget statement, the House has approved the Appropriation Bill for the 2022 fiscal year.