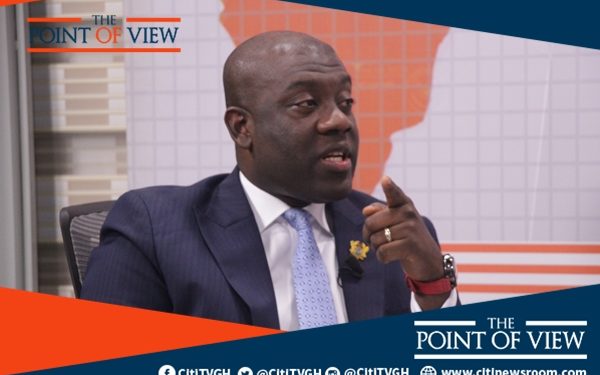 The government says it will not hesitate to make changes to portions of its 2022 budget statement and fiscal policy being opposed by the Minority in Parliament and some industry players.

It says, it is prepared to engage all parties and stakeholders to have concerns about the budget resolved in the best interest of the populace.

“If you look at what the Finance Minister said, in winding up on the original budget debate on the floor, it’s quite clear that, government is minded to accommodate, listen and to deal with whatever concerns that are being raised by the Ghanaian society”, Information Minister, Kojo Oppong Nkrumah said on Citi TV’s Point of View.

His comments follows the Minority’s continuous disapproval of the budget citing five key concerns as basis for revision.

The Minority, whose rejection of the budget has been overturned says so far as its demands on the E-Levy, Agyapa and Aker Energy deals, Keta sea defence project have not been met, they are left with no option but to kick against the budget.

Kojo Oppong Nkrumah, who represents the people of Ofoase-Ayirebi in parliament said on Citi TV‘s news analysis show, The Point of View that although the Minority keeps splitting hairs over the budget, the government through the Majority is ever-ready to hold deliberations aimed at making amendments where necessary.

The Minister said, already the government is for instance, prepared to provide budgetary allocations for the Keta Sea Defence Project and reconstruct the wording for the Aker Energy agreement as proposed by the Minority side.

But all of these he said, can be made possible if the Minority makes room for further discussions explaining that although the concerns of the caucus are genuine, the rush however for the rejection of the budget is simply premature.

“So if you keep insisting that we should throw away the policy document because Agyapa is mentioned in it, we are not doing ourselves much of a service, we don’t have to throw away policies if we can make [amendments].

On the issue of the E-levy in particular, Hon. Oppong Nkrumah said, while the Finance Minister engages the telcos to take a haircut, the MPs will also present an appropriate Bill to that effect and have it debated for better outcome before its passage.

“To all intents and purposes, that policy document is of very little binding effect on anything. It is not a contract or transaction and it doesn’t put money anywhere. It is not a reason for the policy to be rejected. I think the only path of departure is the method and to say that the policy document should be thrown out till these matters are dealt with when they can done at the  remaining steps of the budget implementation levels, yet they have a difficulty with that”, he suggested.

'There are no indications government will revise E-levy' - Mahama Ayariga