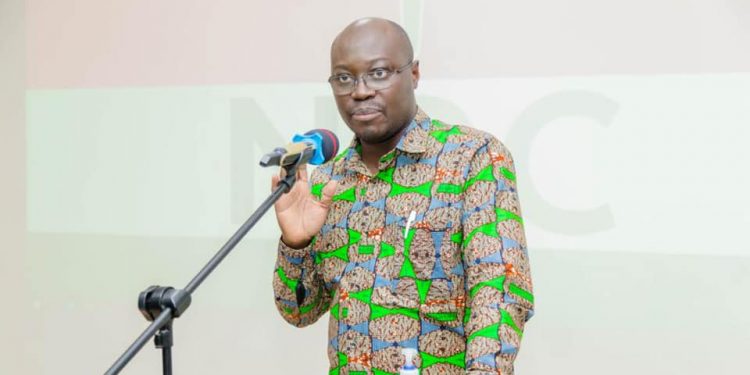 A former Deputy Finance Minister, Dr. Cassiel Ato Forson, has called the bluff of the Attorney General, Godfred Yeboah Dame, on the lawsuit brought against him and two others for allegedly causing financial loss to the state.

According to him, he cannot be intimidated or silenced from discharging his duties as the Ranking Member of the Finance Committee of Parliament.

He insisted that the charges leveled against him are frivolous and politically motivated.

According to him, all actions taken in the said transaction were backed by the legal opinion from the then-Attorney General, and he only acted to raise the letters of credit in question on behalf of the substantive Minister.

He and a former Chief Director of the Ministry of Health; Sylvester Anemana, and a businessman; Richard Jakpa, are alleged to have cost the state to lose €2.37 million in a deal to purchase 200 ambulances for the country between 2014 and 2016.

Richard Jakpa is said to have used his company, Jakpa at Business, to present a proposal and term loan to the Ministry of Health to finance the supply of 200 ambulances to the government.

However, responding to the charges at a press briefing in Parliament, today, Friday, December 24, 2021, Dr. Ato Forson said the accusation amounts to ‘e-charges’ deployed to intimidate him in a continuous quest to oppose government policies such as the e-levy.

He thus urged Ghanaians and his constituents not to be worried about the suit, insisting he didn’t do anything wrong.

“Though I haven’t been served officially in court, I have seen copies of the charge sheet in the media and I wish to say without fear of contradiction that these charges are nothing but frivolous and politically motivated by President Nana Addo Dankwa Akufo-Addo and his hatchet man, the Attorney General, to silence me from performing my duties as the Ranking Member on the Finance Committee of Parliament of Ghana,. But I want to assure the people of Ghana especially my constituents who elected me to represent them in Parliament that I will not and cannot be silenced.”

Kumasi: 2-month-old baby, another die in fire at Buokrom Estate

Kumasi: 2-month-old baby, another die in fire at Buokrom Estate