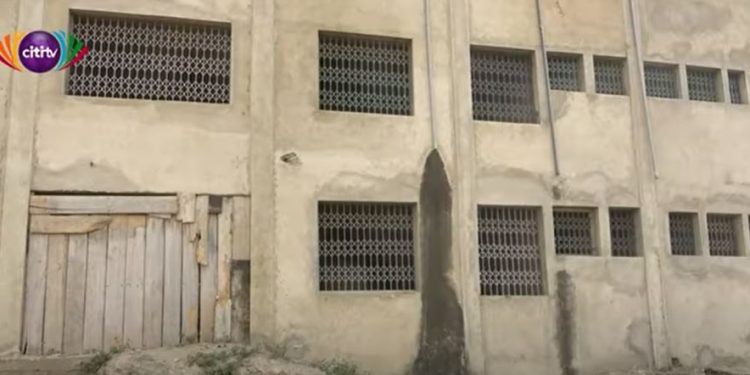 Residents of Ablekuma-Abaase in the Ga Central Municipality of the Greater Accra Region are calling on the government to complete the only hospital in the area which has been under construction since 2016.

According to the residents, accessing healthcare is a challenge as they have to travel for long hours to seek medical care from neighboring communities.

The residents lamented that, despite the government’s promise to build and complete hospital projects, the Abase Hospital has been delayed unduly.

When Citi News visited the site, the two-storey building was under lock and key, as cattle were grazing on weeds that had taken over the compound of the uncompleted building.

While a section of the residents say work is ongoing but at a slow pace, others say the project has halted for some time now.

A resident, Doris Asieduaa, in an interview with Citi News said “I’ve lived here for the past six years. We were promised that a hospital and a market will be built for us. Over the past years, however, work has stalled. If there’s an emergency, we rush the person to the Oduman Hospital or Amasaman Hospital. The road which was in a bad shape has been fixed but does not make the situation any better”.

“Work is ongoing at the site, but it is at a slow pace. We have to travel to other communities to seek medical attention”, another resident, Eric Boah told Citi News.

To them, the unavailability of a hospital in case of emergencies as witnessed in the past has led to the loss of lives. They told Citi News a private hospital that used to operate in the area shut down due to the lack of the needed equipment to attend to patients.

“Previously, there was a clinic at the top. They closed down because they lacked the needed equipment to attend to patients. If you’re unwell, you’d have to travel. If you don’t seek immediate medical attention, you could lose your life which has happened on about three occasions. It’s really worrying. We just want the hospital completed”, a resident, Christopher Darko told Citi News.

The residents want the government to ensure the completion of the project in the shortest possible time.

“The project has been in existence for about four years. We do not have a hospital here. We have to go to another town to seek medical care which is a difficult task. We will be glad if it is completed soon”- Millicent Kyei, a resident lamented.

Another resident, Kwame Dwamena, says he looks forward to the completion of the project.

“We were happy when the project began because we seek treatment elsewhere. The project has however stalled. I want the authorities to ensure its completion and operationalization.”

The Municipal Chief Executive for Ga Central, Mohammed Bashiru Bambara, has assured residents that the hospital will be completed in the shortest possible time.

“We held a meeting together with the Municipal Coordinating Director, planning officer, the contractor in charge of the project among other relevant persons. It came to light at the meeting that the contractor has to speed up his work as he has to work at an appreciable level and raise the certificate for payment.”

“As we speak, there is no certificate pending at the assembly for payment, so we have spoken to him. I believe that very soon, we will see the completion of the project. It will be my greatest desire to see the building completed for use. So we are all committed to ensuring that the work is completed. I believe that the contractor will go back to the site and work quickly to complete the project”.