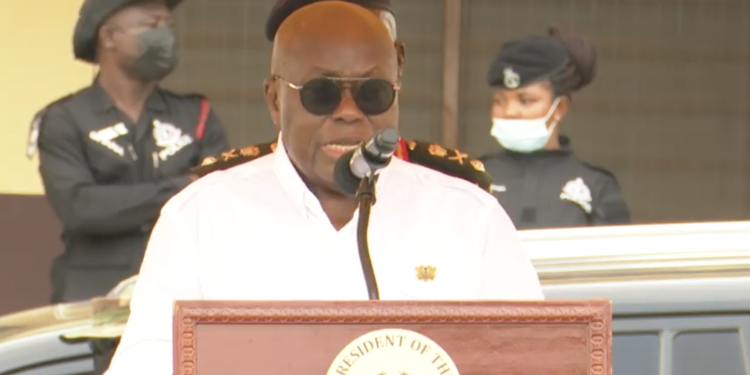 President Nana Addo Dankwa Akufo-Addo has announced plans by government to acquire majority stake in Ghana’s oil and gas industry by building more local capacity in various aspects of the management of the industry.

The president says government is training more Ghanaians ahead of time to have an industry that is heavily driven by locals in the near future.

Speaking at a send-off ceremony for some eight (8) individuals travelling to Canada for oil and gas training, Nana Akufo-Addo said government will continue to invest in the human resource of the country as a part of the larger strategy of having Ghanaians largely managing the industry.

“The skills enhancement of Ghanaians in the industry is absolutely critical. We can no longer count on them [foreigners], we have to count on ourselves. That is why the initiatives that are taken in the sector, the efforts of GNPC in trying to develop a greater capacity to be able to be an operator of fields and enhancing the skills of Ghanaians in the technical aspects of the industry are conjoined. They are part of the same process and absolutely essential for the future of our country,” he said.

“Consideration due OXY at completion was approximately USD165 million after taking into account closing adjustments,” GNPC said in a statement.

OXY had prior to this transaction acquired the Ghana assets of Anadarko.

This acquisition adds to GNPC’s existing Carried and Participating Interest (CAPI) of 13.64 percent in the Jubilee Field, and 15 percent in the TEN Field.

The company also requested parliamentary approval for a loan of $1.65 billion to purchase two stakes in Ghana’s offshore fields.

This was contained in a memorandum submitted to Parliament by the Minister for Energy, Dr. Matthew Opoku Prempeh, for consideration and approval.

GNPC, through its GNPC Explorco, is allowed to participate in the upstream petroleum sector.

The arrangement did not get parliamentary approval, but the GNPC has the chance to refile its documents for consideration.