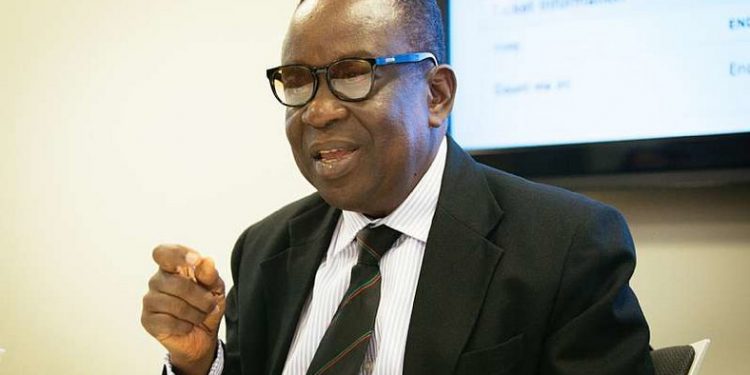 The Ministry of National Security says despite the withdrawal of four soldiers serving the office of the Speaker of Parliament, he still has security protection.

The Ministry in reaction to news publications to the effect that soldiers protecting the Speaker have been withdrawn, said the personnel of the Ghana Armed Forces do not form part of the security detail of the Speaker of Parliament, and that the service is only undertaken by the police through the parliamentary security support.

“The Ministry of National Security would like to place on record that, contrary to the aforesaid misinterpretation, all requisite resources including logistics and personnel required for the full protection of the Speaker have been provided,” a statement from the ministry said.

The Ministry added that if there is a special need for any other security agency to offer security support, that is done on a “need-basis.”

“It also needs stating that personnel of the Ghana Armed Forces do not form part of the security detail for the Speaker and Parliament as Parliamentary security support is provided by the Ghana Police Service. Any need for specific agency support is typically executed on a need-basis in accordance with stated protocols.”

A recent letter from the Chief of Staff of the Ghana Armed Forces, NP Andoh to the Speaker said the four officers were attached ‘without proper procedure.’

“It is humbly requested that the personnel are withdrawn with effect from 14 January 2022 while efforts are made to regularize their attachment,” the letter stated.

The news has been received with shock with the Office of the Speaker of Parliament questioning the motive behind the withdrawal of the soldiers.

The office described the move as an attempt to strip the Speaker of protection and believes such is untenable.

“In a country that takes pride in its democratic institutions and processes, the decision to reduce the number of security personnel assigned to the Speaker detracts from the political gains that Ghana has made, and it’s a bad precedent. The unknown reason for such a move is puzzling, but the real motive should be obvious to all objective observers of the political scene in Ghana,” the office of the speaker of Parliament remarked.

But the Ministry of National Security contends that the development does not amount to stripping the Speaker and his office of security.

Read the ministry’s statement below: 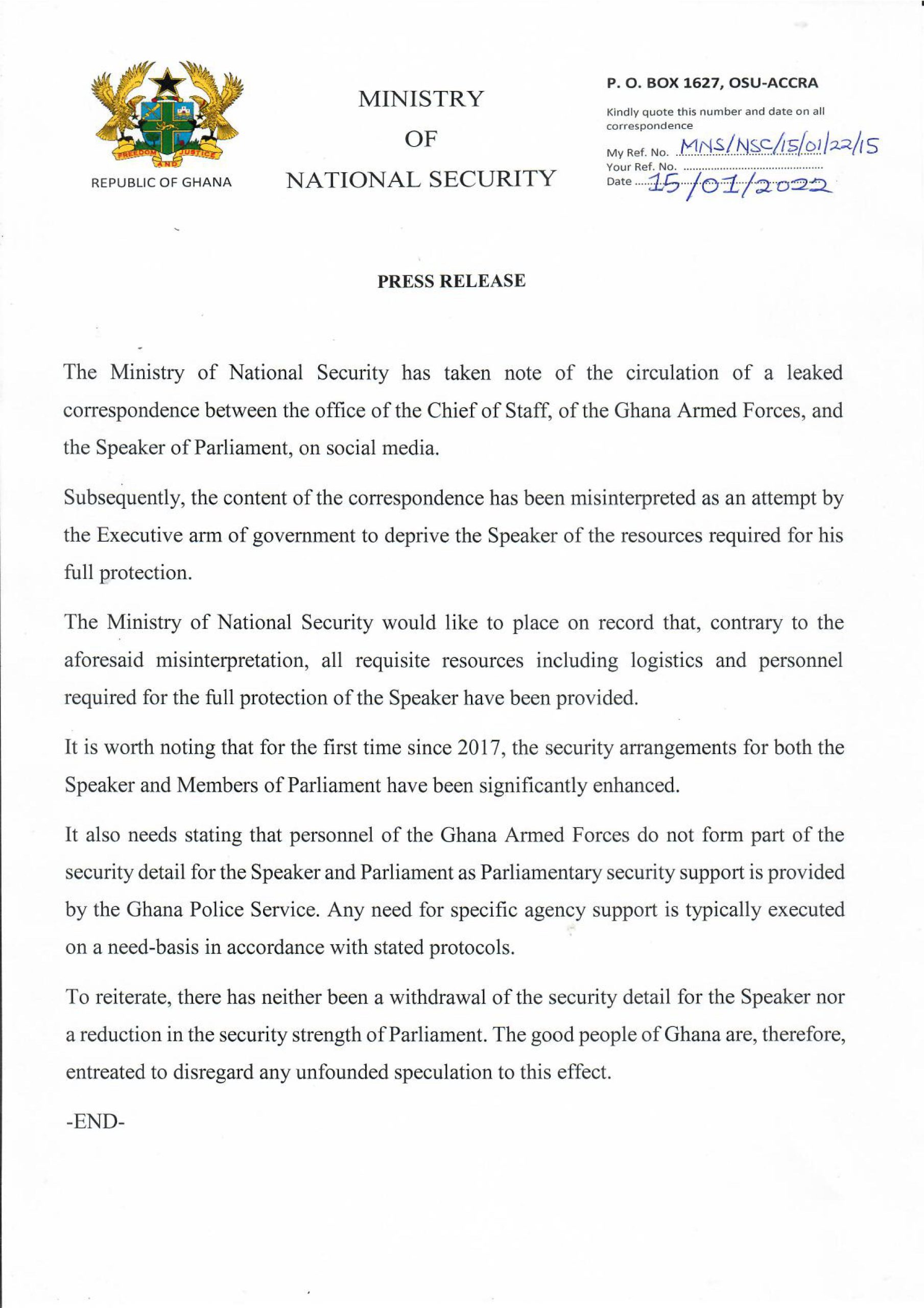