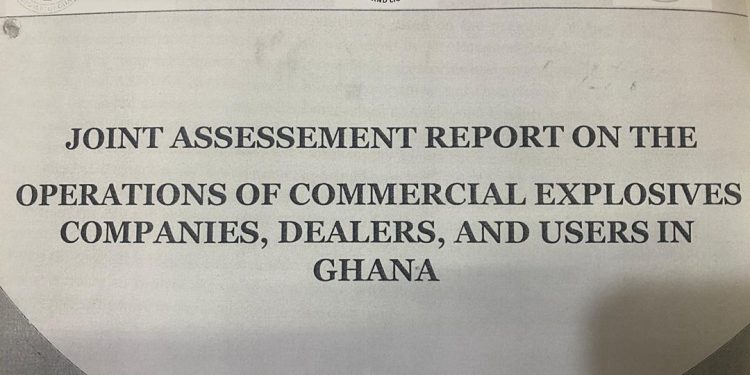 The explosion that occurred at Appiate near Bogoso last week has made government and many industry players alarmed about the extent of damage it has caused to the community and its effects thereon.

A government delegation led by the Vice President was at the scene to empathise with the community devastated by the incident.

While announcing measures government would take to redevelop the community, the delegation visited the injured at the hospital.

It is on record that in 2017 the Minister of Interior, Ambrose Dery visited the company involved during his duty tour in the Western Region and discovered its poor operational safety measures.

He publicly condemned their operations and went ahead to order management to address all shortfalls within eight weeks in order to be eligible for a permit.

Subsequently, he ordered a joint assessment of the operations of commercial explosives companies, dealers, and users in Ghana which was done between 23rd and 30th November 2021.

In that report, the operations of Maxam were assessed including its safety measures, before further decisions could be made on its operations in consultation with all the stakeholders.

The law is clear on the remit of the Ministry of Interior in these matters and the role all stakeholders are supposed to play.

The Minister for Lands and Natural Resources has interdicted the chief inspector of mines and suspended the operations of the company, Maxam Ghana Limited.

This is to pave way for investigations into the matter.

13 people have been confirmed dead while the others are receiving treatment at the hospital.

US could sanction Putin personally if Russia invades Ukraine – Biden

US could sanction Putin personally if Russia invades Ukraine - Biden