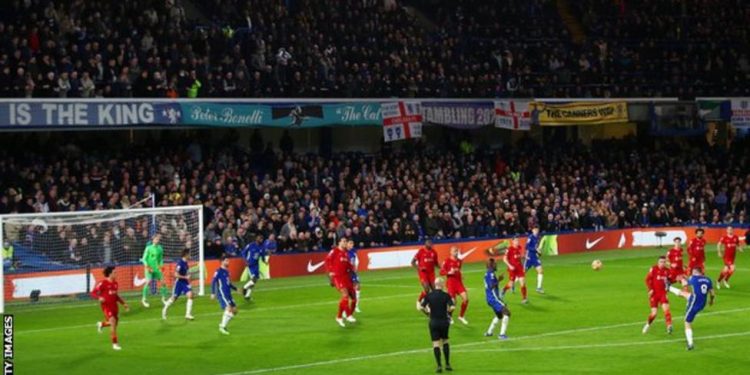 Chelsea came from two goals down to claim a point against Covid-hit Liverpool in a breathless Premier League classic at Stamford Bridge that did little for either side’s hopes of chasing down leaders Manchester City.

Liverpool stormed into a two-goal lead as Sadio Mane, perhaps fortunate to escape with only a booking for an elbow on Cesar Azpilicueta in the opening 10 seconds, capitalised on Trevoh Chalobah’s error to round Edouard Mendy before Mohamed Salah coolly tucked home his 16th Premier League goal of the season.

Chelsea made light of Thomas Tuchel’s decision to drop striker Romelu Lukaku for comments made in the Italian media as Mateo Kovacic volleyed in off the post from 20 yards and Christian Pulisic, who had fluffed a golden chance early on, lashed N’Golo Kante’s pass beyond Caoimhin Kelleher.

The Reds, without manager Jurgen Klopp, keeper Alisson, defender Joel Matip and forward Roberto Firmino because of Covid isolation, had the better second-half chances to win it but Mendy foiled Salah’s 35-yard chip and a Mane strike, while Kelleher saved superbly from Pulisic.

The draw keeps Chelsea second in the table, 10 points adrift of City, while Liverpool are a point further back in third but with a game in hand on both of the sides above them.