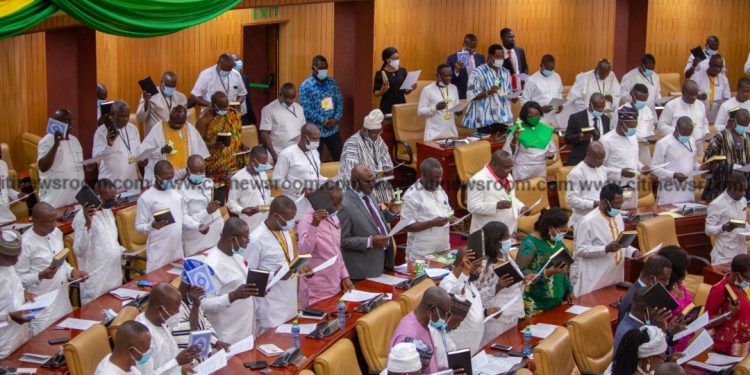 For many of the first term Members of Parliament, they did not expect their first day in the house to be chaotic but on the night they took their oath of office, everything ugly about parliamentary democracy was on display.

That episode was a signal to many of them and the citizenry at large as to the kind of exchanges to be witnessed in the house in the future. This report is based on my observation over the period of the parliamentary session based on three parameters. Visibility and contribution on the floor of the house, delivery on constituency services and advocacy for constituents.

In no particular order, the list features eight first-term MPs, four each from both caucuses. Let’s begin with the Majority Group.

MP for Damongo, Samuel Abu Jinapor, makes the list based on the espoused criteria.

The young Minister for Lands and Natural Resources snatched the Damongo seat from the NDC’s Adam Mutawakilu in the 2020 elections.

The former Deputy Chief of Staff has within the past year attended upon Parliament to answer critical questions on the floor of the house relating to his ministry and made important statements on government’s plan to green the country as well its agenda on climate. He has also proven to be a fierce debater on the floor of the house over the period, articulating government policy and defending same. In this activity, his skill as a lawyer comes in handy. His constituents over the past year have witnessed the construction of classroom blocks, commissioning of a shea nut project in Busunu among others.

MP for Ejisu, Dr. John Kumah earned the mandate of his constituents after trying on a couple of occasions.

In Parliament, he announced his presence with his activities on the highly-rated Appointments Committee as well as his spot as Vice Chairman on the important Constitutional, Legal and Parliamentary Affairs Committee before his rise as a Deputy at the coveted Ministry of Finance.

In his constituency, he has collaborated with others to form the Ejisu Club 100 that is spearheading the construction of roads with the establishment of a constituency-based asphaltic plant, construction of drains and a fish-farming scheme, among others.

MP for Bantama, Francis Asenso-Boakye captured the highly attritional seat at the heart of the NPP’s stronghold, Kumasi, from Daniel Okyem Aboagye.

Described as the foremost political godson of President Akufo- Addo, Francis Asenso-Boakye has leveraged his influence within the corridors of power to provide projects for his constituents.

The commissioning of multiple astroturfs, provision of ambulances, scholarships and a vibrant constituency surgery programme that allows constituents to meet in person with MPs for solutions to all forms of problems has catapulted the young Minister for Works and Housing onto a rare pedestal in a constituency that hardly retains its MP. He is the point of reference and comparison for his colleague MPs in the region.

On the floor of the house, he has made important statements and answered questions from his colleagues even though many believe that he can make his presence felt more in parliament.

MP for Ablekuma North, Sheila Bartels is in Parliament occupying a seat that was once held by her father, Kwamena Bartels.

On the floor of Parliament and particularly in the hallways of the house, Sheila Bartels has been vociferous, defending particularly the economic policies of the Akufo-Addo administration. She is the only first-term female MP on the much-coveted Finance Committee of Parliament.

Offering support to the youth to acquire technical and vocational skills; donation of building materials to some projects in the constituency and her accessibility tips the scorecards in her favour.

On the side of the Minority, MP for Madina, Francis Xavier-Sosu makes the list. He defeated experienced politician, Boniface Abubakar Sadiqque with over 15000 votes to clinch the seat in the 2020 elections. He has not looked back since.

Earning a spot on the Constitutional, Legal and Parliamentary Affairs Committee as Deputy Ranking Member is a rarity, but Xavier-Sosu has handled the role well and filed important private members bills on legal education and even witchcraft.

He is an integral part of the Appointments Committee and an advocate for the abolition of the death sentence and non-custodial sentencing.

His advocacy for good roads for his constituents generated the battle between parliament and the police over parliamentary immunity. The matter is still with the courts. The Madina Jobs Centre, Awards scheme for teachers are among the initiatives the lawyer is currently rolling out.

MP for Wa West, Peter Lanchene Toobu shocked his way into the political limelight beating the parliamentary heavyweight, Joseph Yieleh-Chireh in the NDC primaries in the ran up to the 2020 general elections.  The former Executive Secretary to the IGP made an impression in the first session and has fast become one of the most sought after minority voices on security issues in the country.

He holds his own as well on the floor during debates. The provision of boreholes and other development projects are to his credit in the constituency.

MP for Ketu South, Dzifa Abla Gomashie transitioned from theatre and movies into politics with her appointment as a Deputy Minister for Tourism in the Mahama era.

When the then incumbent Fiifi Kwetey decided to exit Parliament, Dzifa put herself up for the seat, which is arguably one of the famed strongholds of the NDC. Her presence in the house has been felt, especially in relation to advocacy for her constituents.

The push for land borders to be re-opened due to its economic impact on citizens and the spirited advocacy for the completion of the sea defence project to protect constituents from the impact of tidal waves earns her a spot on the list of high-flying first-term MPs.

MP for Techiman North, Elizabeth Ofosu Agyare learnt the ropes of politics at the feet of her father, IK Adjei-Mensah who served as MP and Minister in the Rawlings era. Her first foray into public office was at the Ministry of Tourism. After entering parliament, her advocacy skills in court helped the NDC keep the Sene West seat. 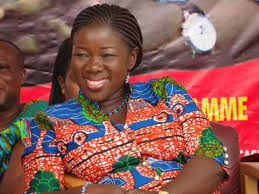 On the Appointments Committee, her performance was hailed by many and she has been an integral part of the Health Committee, backing her caucus’ onslaught in relation to the management of Ghana’s COVID-19 management and the abandoned hospital projects.