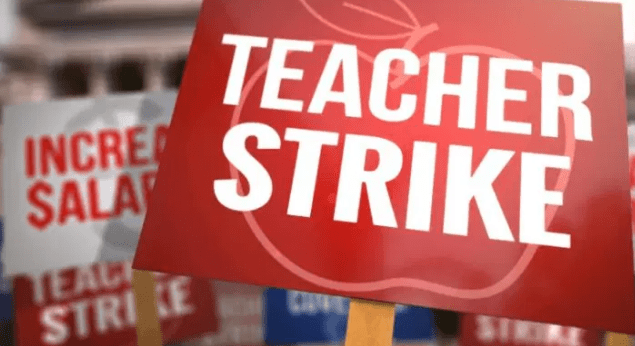 The leadership of the Colleges of Education Teachers’ Association of Ghana (CETAG), has defended its nationwide strike which began today, Thursday, January 6, 2022.

The decision was arrived at after an emergency meeting by the CETAG National Council over the failure of the government to implement the conditions of service agreed upon between 2017 and 2020.

In effect, all 46 public colleges of education are to embark on the strike beginning today, Thursday, January 6, 2022.

“The association’s National Council has resolved to follow through with its decision to withdraw teaching, one of its main duties as stipulated in the harmonized conditions for Colleges of Education”, a statement from CETAG said.

The leadership of CETAG has thus accused the government over the failure to implement the conditions of service agreed upon between 2017 and 2020.

The National President of CETAG, Nathan Ohene Gyan, in a Citi News interview said their strike is justified.

“The government signed an MoU with the association with a plan on how it intends to pay the arrears that have accrued because of the new compensated allowances agreed between October, November and December. So I think someone somewhere hasn’t done his work well which has brought us this far.”

The last time CETAG embarked on a strike was in December 2018.

This was after it accused the government of breaching the terms of an agreement it had with them on the payment of interim premiums and book and research allowances.

Their strike forced the Ministry of Education to order the closure of all the 46 Colleges of Education in the country.

CETAG subsequently called off the strike after they agreed to resume negotiations with the National Labour Commission and Labour Ministry.