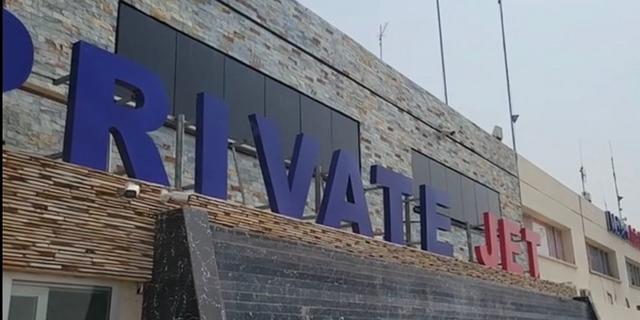 The Ghana Airport Company Limited has raised a number of concerns against McDan Aviation’s private jet operations and a terminal at the Kotoka International Airport.

The company launched the private terminal and services on Friday, January 28, 2022, at an event boycotted by leadership of the Ghana Airport Company Limited and government officials.

Leaders within the sector, including the Minister of Transport, Kwaku Ofori Asiamah, refused to attend the event following issues raised against the firm by the Ghana Airport Company Limited.

A letter the GACL wrote to the Minister of Transport on January 24, 2022 and sighted by Citi News explained that, while McDan Aviation had satisfied all operational requirements to enable it open for business, it was “yet to fulfil its financial obligations to Ghana Airports Company Limited (GACL). McDan owes GACL a total of US$4,505,034 and GHS227,293 respectively.”

The Ghana Airport Company also said McDan Aviation “is yet to agree on a Fixed Base Operator (Private Jet Terminal Operator) license fee with GACL.”

The Ghana Airport Company, in the letter to McDan, said it had “engaged in several activities without prior approval from GACL which have typically called for emergency corrective actions.”

It cited the commencement of the construction of the private jet terminal without a Plan of Construction Operation approval from GACL as an example.

“We only became aware of your construction activities during routine security patrols, and we had to ask you to stop and submit a PCO [Plan of Construction Operation] for review and approval before construction continued.”

McDan Aviation received a license to operate as a fixed-base operator at the airport in 2019.

The letter from the Ghana Airport Company requested that McDan Aviation should postpone the launch of the private jet lounge yesterday.

GACL said it was given short notice to offer logistical support, among others, at the commissioning ceremony.

“The nature of our work demands that we should have been given a reasonable period of notice to enable us plan adequately through engagement of relevant staff and stakeholders.”

The Ghana Airport Company also said, “all attempts to meet with you for discussions in connection with the proposed inauguration over the past three days failed as a result of your failure to turn up for the planned meetings.”

The conduct of McDan Aviation also presented security concerns, according to the airport company.

It said security was heavily breached at the terminal on January 27 because of the parking of several vehicles in front of the terminal building.

“What makes this disturbing is that beyond verbal admonition, we had written to you the previous day, January 26, 2022, to the effect that cars could not be parked there.”

McDan Aviation’s private jet services will cater to high-end clientele with a sense of optimising luxury, and for corporate executives seeking to leverage a quick and efficient commute for the purpose of business.

Speaking during the launch on Friday evening, the Chief Executive of the McDan Group, Daniel Mckorley, said he was elated this plan had come to fruition. 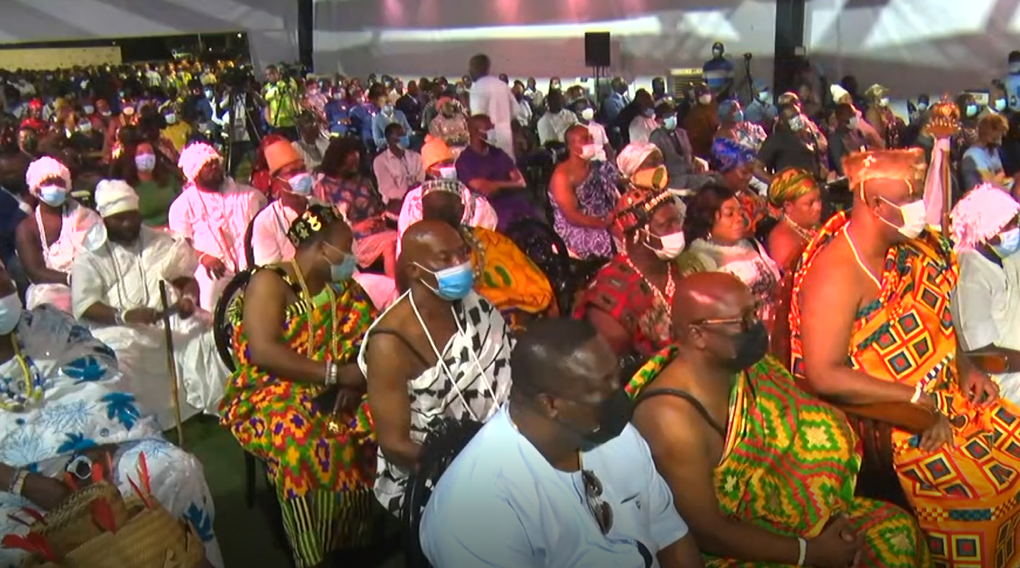 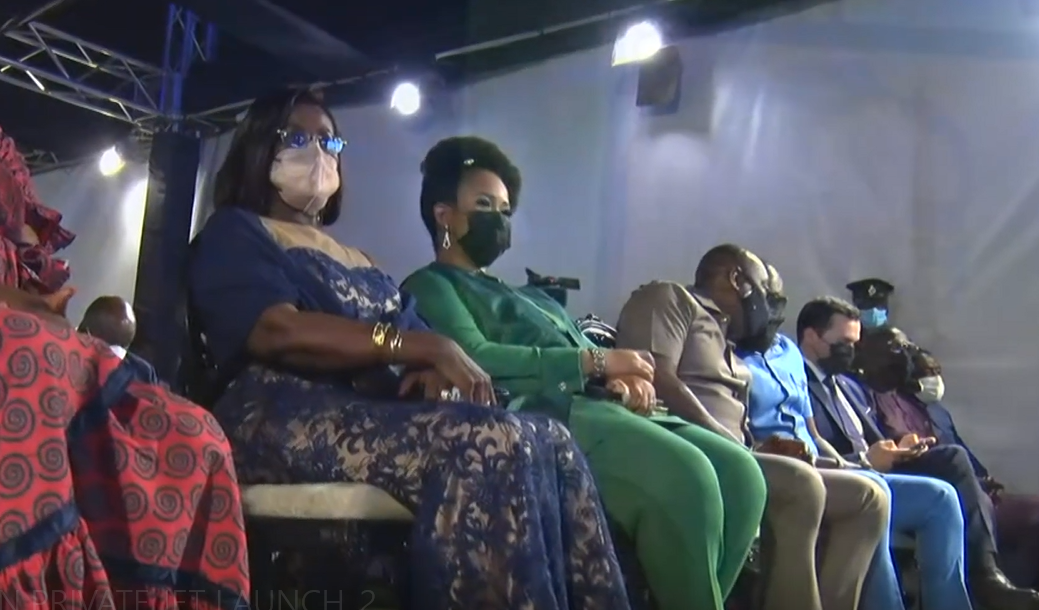 “I have a lot of joy in my heart because what everybody thought was impossible, we have made it possible,” Mr. Mckorley said.

According to him, jets shouldn’t just be viewed as just a luxury, and his plan is to “bring private jets to the doorsteps of the diplomatic corps, politicians and the business community as a whole.”

“I believe this current government is a business government, and it is supporting us and will support us to make a very big difference and a big impact.” 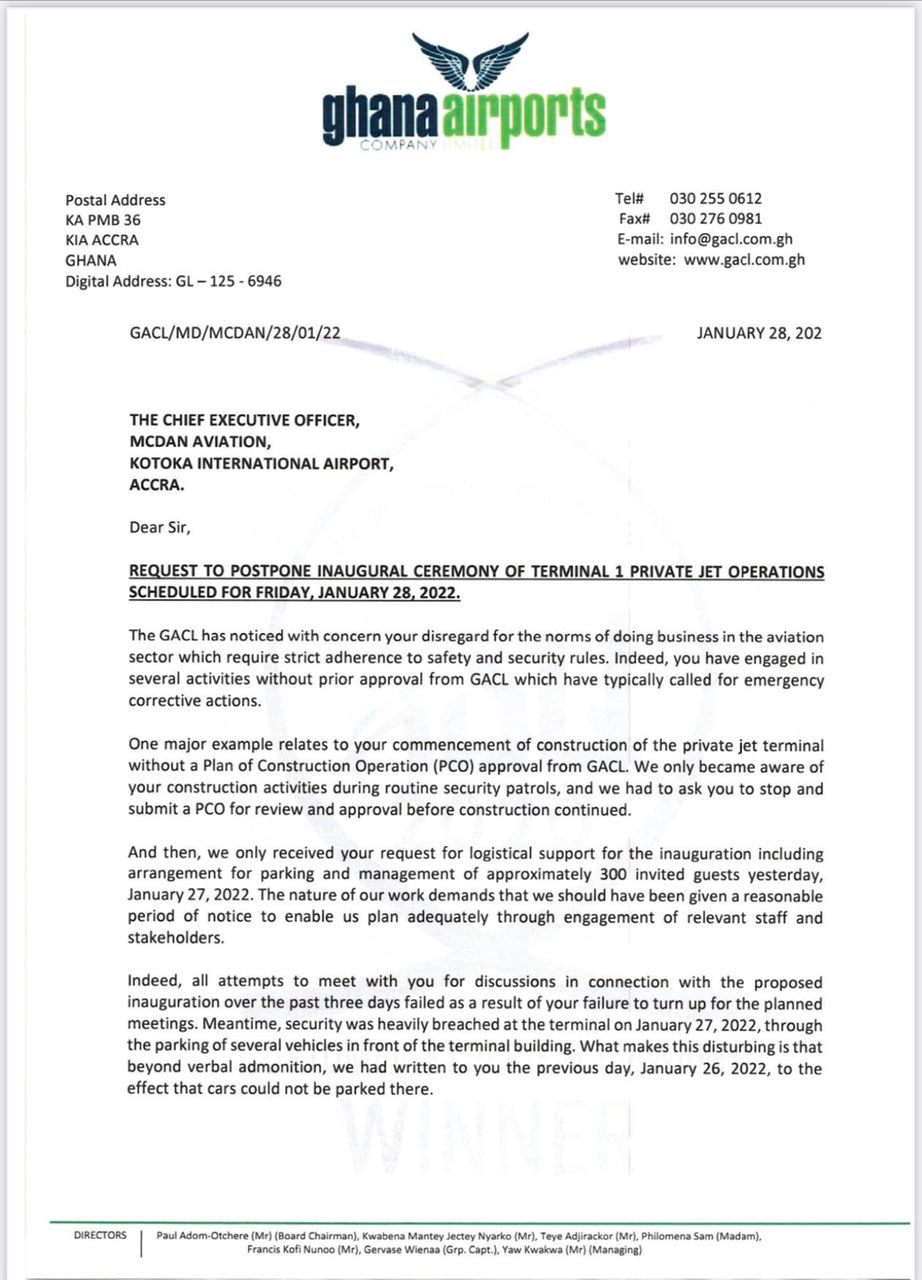 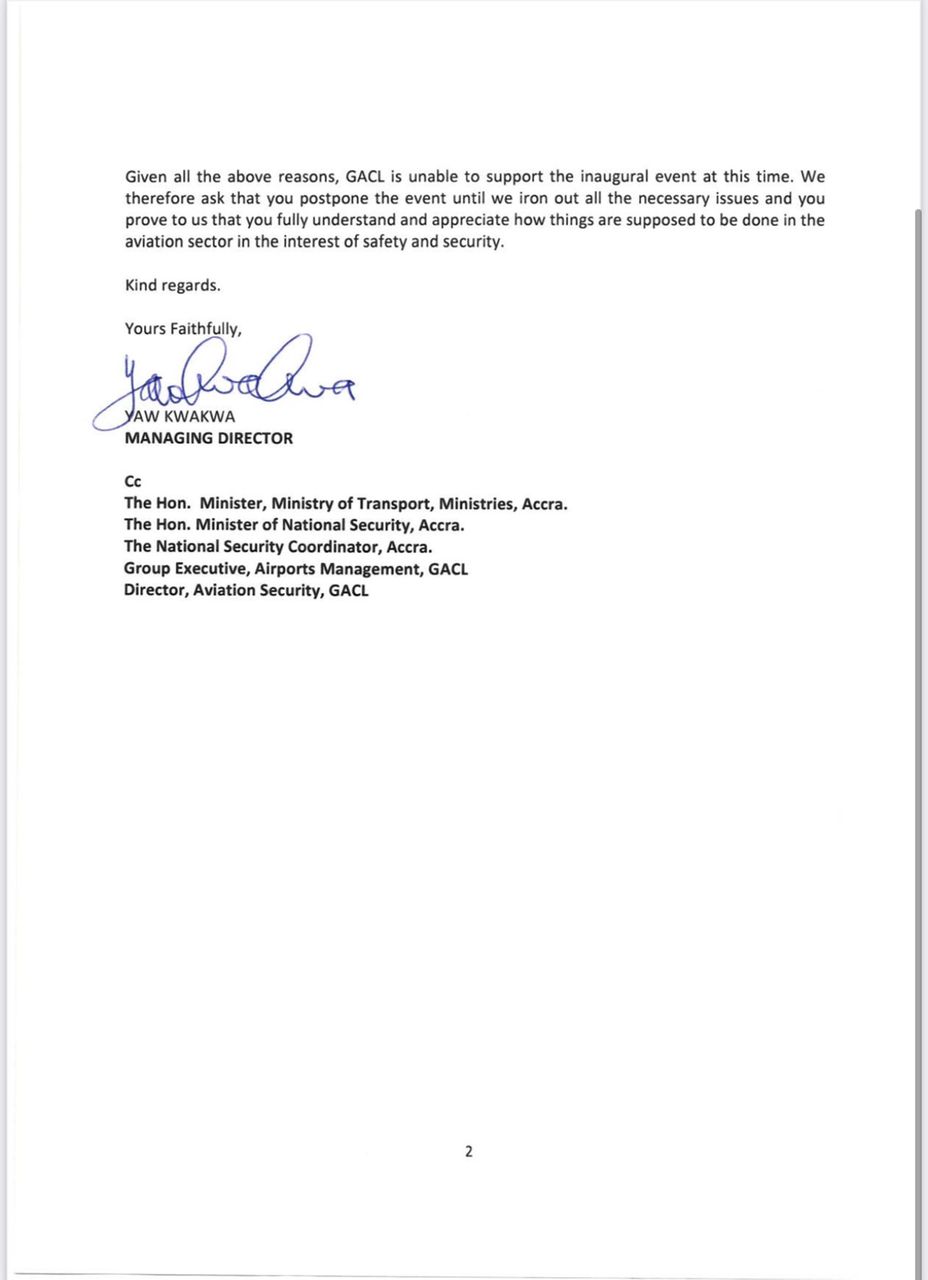