Ghana Library Authority declares 2022 as the ‘Year of Books’ 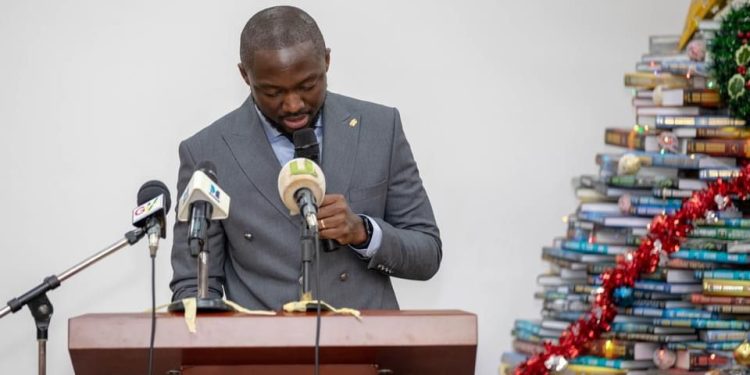 The Ghana Library Authority (GhLA) has declared 2022, as the ‘Year of Books’ under the theme “Libraries as Community Anchors for Transformation” as a prelude to Accra being declared the World Book Capital in 2023 by UNESCO.

Mr. Hayford Siaw, the Chief Executive of GhLA made this known at an end-of-year press briefing held in Accra on December 31, 2021. He mentioned that the Year of Books is to raise awareness and consciousness among the Ghanaian population on books and library services, and its impact on national development.

He indicated that the GhLA has set four key objectives in the Year of Books which includes; promotion and scaling of literacy interventions implemented by the Authority, increasing the number of library resources (including soft and hardcopy books), institutional strengthening through review of the established legal framework on library development and services, and finally, improvement in delivery of library infrastructure.

In a recap on the outcome of the year 2021, which was declared as the Year of Literacy, Mr. Siaw shared with stakeholders, the remarkable achievements recorded by the institution.

He mentioned that the Authority has over the last four years been operating within an approved strategic plan developed by the Governing Board led by Dr. Helena Asamoah-Hassan and has anchored the growth of public libraries in Ghana on seven broad thematic areas. “These thematic areas have guided goal-setting for every year and 2021 was no different”, he added.

Highlighting the progress made in increasing the library stock, Mr. Siaw recalled that the Authority had 1,049,526 library resources when it only had 36 libraries under its management in 1981. However in 2016 with 61 libraries under its management, the book stock had drastically reduced to 349,941. This abysmal number has significantly been increased to 1,190,576 by the end of 2021.

Mr. Siaw remarked that, 8 library structures in deplorable conditions across the country were renovated in 2021, to make them conducive for library patrons. 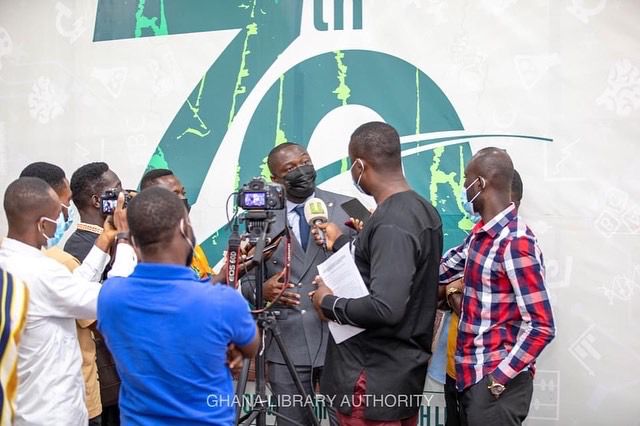 Commenting on GhLA’s digital initiatives, he indicated that over 40,000 Ghanaians benefitted from its Read2Skill Project, which has led to individuals gaining promotions at their workplaces and the establishment of enterprises by virtue of the knowledge acquired after learning on the Massive Open Online Courses (MOOCs) platforms – Udemy, Coursera, as well as the Absa ReadytoWork online learning opportunity.

On library patronage, the Authority increased the number of visits from 175,807 in 2020 (when public libraries were closed down due to the outbreak of the pandemic), to 960,075 in 2021, amidst COVID-19. On library patronage also, the Eastern regional library recorded the highest library patronage in the country, with a total of 153,638 library visits.

The Chief Executive mentioned that the innovative approach in delivering impact of its service to Ghanaians gained global attention when GhLA was recognized for its adoption of the use of technology to support library operations in Ghana, leading to the Authority being declared as the Library of the Year at the London Book Fair International Excellence Awards. He indicated that the Authority was again recognized for its excellence in public service delivery at the United Nations Public Service Awards, for using its Hands-on Mobile ICT Classes Project to drive an inclusive and equitable technology education in Ghana.

Mr. Hayford Siaw on behalf of the GhLA, expressed his appreciation to staff, corporate partners as well as the Media for their consistent support in 2021. He called on the support of corporate institutions, to invest in public libraries as part of their corporate social responsibilities, in a bid to increase public libraries to every district in the country.