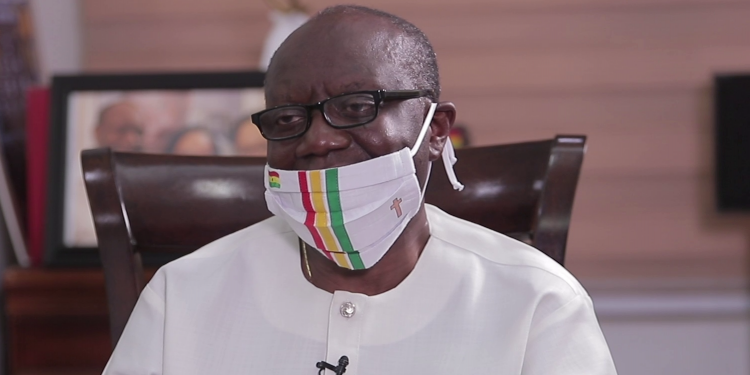 The Minister for Finance, Ken Ofori-Atta says government officials will from tomorrow, Thursday, January 20, 2022, begin a nationwide public sensitization on the need for the introduction of the controversial e-levy.

According to him, officials, including himself, will personally engage citizens on the many policies and programmes the government will use the revenue accrued from the levy for.

Speaking at a press conference on Wednesday, January 19, 2022, he said the government is convinced about the need for the e-levy and how it encapsulates the idea of burden-sharing for Ghana’s development.

“Beginning tomorrow [Thursday], a team comprising myself, colleague Ministers and other key members of government will embark on a public engagement and sensitisation campaign across the country. We intend to communicate clearly on the proposed mechanics of the e-levy, its potential benefits to the people of Ghana within the spirit of burden-sharing that must guide us in our development efforts as we move Ghana Beyond Aid,” he said.

Mr. Ofori-Atta further stressed that some preliminary public engagements show that many people are not against the e-levy but only want accountability on the use of the money.

He, therefore, emphasized that the government intends to “use the money to create jobs, grow our private sector to employ more of our youth, accelerate the digitalization agenda to bring more convenience to Ghanaians, enhance the security of our digital platforms, aggressively expand our road infrastructure agenda, reduce our dependence on debt and reduce the crowding out of the private sector to improve access to credit.”

He commended the telecommunication companies for announcing their resolve to reduce their 1% transaction charges on money transfers.

“True to the spirit of burden sharing, the Telcos have agreed to reduce their charges by 0.25% to reduce the overall net impact of the levy on subscribers. We want to take this opportunity to thank our friends in the Telecom Industry and we believe that by this measure, we can raise the requisite resources to bolster our fiscal position while keeping an eye on transaction costs and consumer welfare and reducing the impact on the average Ghanaian and keeping the resources required for our growth agenda.”