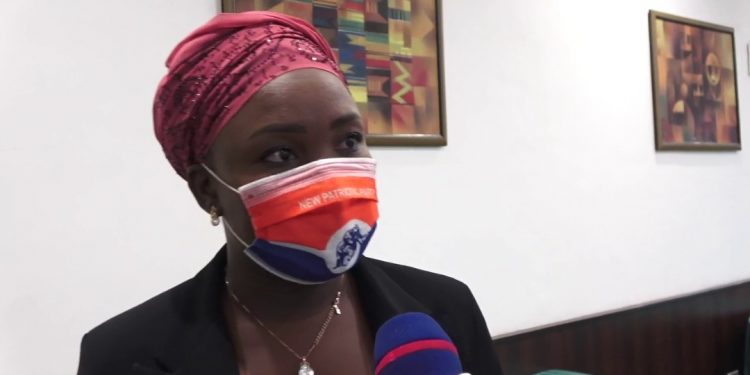 The Ministry of Information says the Nana Akufo-Addo government is not bothered about the town hall meetings organised by the opposition National Democratic Congress (NDC) to criticise its proposed electronic transaction levy.

The Deputy Minister for Information, Fatimatu Abubakar in an interview on Eyewitness News, said the government will stay focused on its public engagements on the 1.75% levy and work to get the support of the public.

“We are not distracted by whatever engagement the NDC is doing in opposition to this e-levy because, at the end of the day, we have the core responsibility to explain the policy to Ghanaians and also educate the public. Whatever they are doing on the other side is up to them. We are committed to ensuring that Ghanaians understand the introduction of the e-levy and what they are going to get if government is able to raise the revenue targets that we have,” she said.

The government on Thursday, January 27, 2022, held a town hall meeting in the Eastern Regional capital Koforidua to explain why the E-levy is necessary for the country’s development and take feedback from the public on the e-levy.

But prior to the engagement, the opposition National Democratic Congress (NDC) which has already declared its stance against the E-levy, also held a town hall meeting in the Ashanti Region to urge Ghanaians to resist it.

But according to Fatimatu Abubakar, the government will continue with its engagements in various forms to make Ghanaians accept the E-levy.

She noted that the government has not planned another town hall meeting immediately after Thursday’s event, but it will use other forms of engagements, especially at the local level, to discuss the levy.

“There is nothing wrong with we engaging people now. We still want to come and explain issues to people so that when they understand it, its implementation will be easy for all. We will take all the criticisms, but we’ll make sure that Ghanaians understand this.”