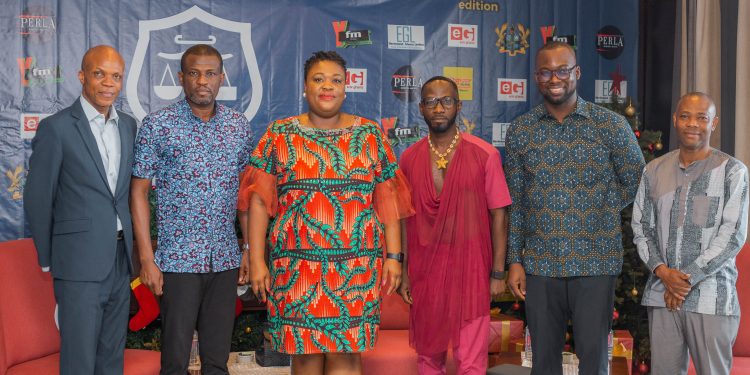 Collectively, the creative arts ecosystem generates rich social, cultural and economic benefits that support the livelihoods of the creators, enablers and investors.

Maximising benefits is very key to sustaining the creative arts industry. The Robert Smith Law Group, in partnership with the Ministry of Tourism and Creative Arts and the Attorney General’s Office last year December organised the Second Law for Society Public Seminar Series, with a focus on intellectual property rights in Ghana’s creative arts ecosystem.

It was quiet a packed day, and the deliberations which were anchored of the broader theme: How to Monetize Benefits for Creative Artistes – focused on finding solutions to the teething challenges confronting creative arts.

The Series had two-panel discussions. The first panel discussed the experiences of notable industry personnel on IP right benefits, while the second focused on the legal regime of the Copyright Protection in Ghana and solutions to issues associated with the current IP monetization initiates.

In his welcoming address, Bobby Banson, Lead Counsel at the Robert Smith Law Group, reiterated the focus of the discussion as one aimed at proffering solutions to issues associated with royalty collection in the creative art industry.

In her keynote address, the Deputy Attorney General, Ms. Diana Assonaba Dapaah, begun by commending the Robert Smith Law Group for organizing the programme. She emphasized the pressing need for creative talents to maximize their IP rights in the advent of new technologies.

She further noted that notwithstanding budgetary constraints, the government is still committed to fulfilling all his promises to Ghanaians.

The Deputy Attorney General stated that issues with royalty collection emanate from two main causes – Lack of transparency in the collection and distribution system and a failure to adapt to modern technology.

She assured that Government, in accordance with the Copyright Act 2005 (Act 650) and the Copyright Regulations, 2021 (LI 1962) was in the process of studying the current regime of royalty collection and payment and would soon commence stakeholder engagement to ensure a licensing regime that accords with the rights conferred under the laws.

Finally, she urged for effective stakeholder engagement, promising that government would welcome the policy suggestions that would made at the forum.

Okyeame Kwame spoke on some of the benefits he has derived from the use of his IP. He revealed that music gave him the ability to build a brand and a hope, adding that it became his profession as well as a means of expression. However, his works are yet to be commensurate with his financial gain.

He noted that in the past 24 years, he had not made any economic gains from royalties on his creative work, his income streams have been from performances and streaming.

Richie Mensah who has wealth of experience in his diverse roles in different levels of the music industry, stated that throughout his progression from performer, to producer, and finally record label manager his efforts have not translated into money despite the massive impact on the industry.

He was yet to make a single penny from his first advert, which he made in the early 2000s. Talent, he lamented, is usually bullied. He noted that there is a huge untapped money stream in entertainment that artistes are not capitalising on even though digital sales are soaring in some countries, that is not the case in Ghana.

Boomplay Manager Elizabeth Ntiamoah whose company operates in Ghana, Nigeria, and Kenya noted that Ghanaian artistes are not as insistent on their rights as other jurisdictions. This is because, compared to Kenya and Nigeria, Ghanaian artistes have little copyright literacy.

Elizabeth Ntiamoah, however, noted that there is an increasing awareness and Ghanaian artistes are starting to understand their IP rights and building the voice to demand it.

She noted that the problem also stems from a lack of technological literacy. “Even classical artistes do not know how to upload songs unto Boomplay.” This, she lamented, was a sad issue.

The discussion begun with an overview of the legal regime on copyright protection in Ghana. Mr. Sompa Esq, gave an insightful brief of Copyright laws.

1. There are two types of IP rights: Economic Right and Moral Right. Economic Right is the right to make monetary gain from one’s IP. According to the learned author Andrew Amegatcher in his book ‘Ghanaian Law of Copyright’, economic rights are the rights of exploitation of the work and the resulting right of receiving remuneration there from.

2. The Moral Right constitutes the right to receive authorship and referencing for one’s creative works. Per section 6 the author of protected copyright work has the sole moral right

a. to claim authorship of the work and in particular to demand that the name or pseudonym of the author be mentioned when any of the acts referred to in section 5 are done in relation to the work, and

b. to object to and seek relief in connection with any distortion, mutilation or other modification of the work where that act would be or is prejudicial to the reputation of the author or where the work is discredited by the act.

3. Under the Berne Convention for the Protection of Literary and Artistic Works (Berne Convention) of 1886 of which Ghana is a signatory, Article 11bis, music right holders have the exclusive right to authorize,

a. the broadcasting of their works or the communication thereof to the public by any other means of wireless diffusion of signs, sounds or images;

b. any communication to the public by wire or by rebroadcasting of the broadcast of the work, when this communication is made by an organization other than the original one;

c. the public communication by loudspeaker or any other analogous instrument transmitting, by signs, sounds or images, the broadcast of the work.

5. Section 5 of Act 690 grants the author of protected copyright work, the exclusive economic right to do or authorize the doing of the following;

a. the reproduction of the work in any manner or form,

b. the translation, adaptation, arrangement or any other transformation of the work,

c. the public performance, broadcasting and communication of the work to the public,

d. the distribution to the public of originals or copies of the work by way of first sales or other first transfer of ownership, and

e. the commercial rental to the public of originals or copies of the work.

6. To aid artistes fully enjoy the economic rights associated with their work, Act 690 allowed for the creation of various associations to collect the monies due to artistes from their work.

7. Section 49 of Act 690 provides which is the basis on which artistes were allowed to form associations Collective administration societies of their choice to protect their IP:

a. Authors, producers, performers and publishers may form collective administration societies for the promotion and protection of their interest.

b. A collective administration society may, acting on the authority of the owner of a right, collect and distribute royalties and any other remuneration accruing to the owner.

c. The Minister may, by legislative instrument, make Regulations for the formation, operation and administration of societies.” 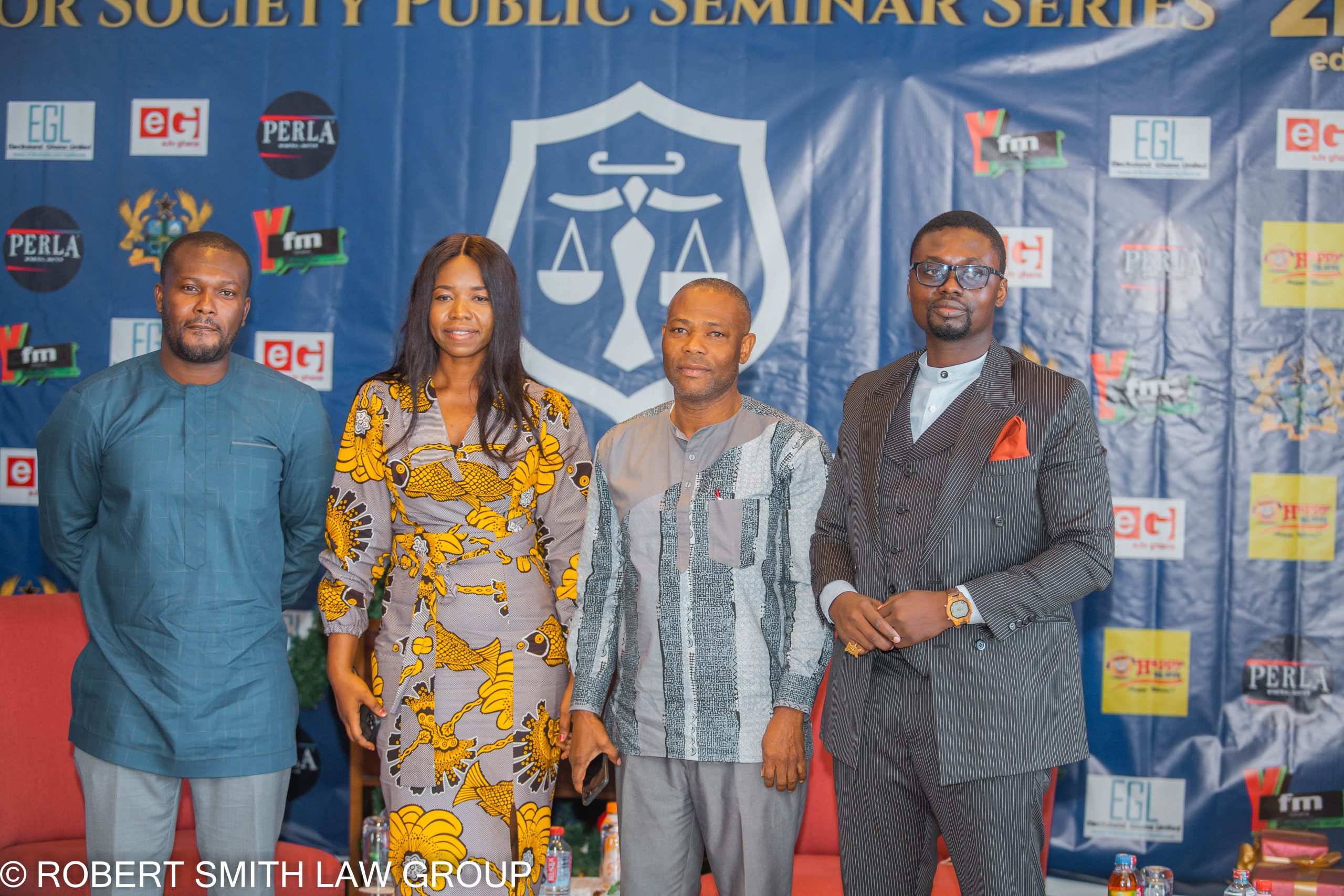 Mr. Abraham Adjetey of GHAMRO spoke on the impact of Section 49 of Act 690. He stated that even though the overarching regime of copyright protection had already been set up under Section 49, it is still not fully operational. He attributed this lapse to lack of governmental enforcement measures and also Artistes’ lack of interest in IP education initiatives. In very strong language he made a case of the forum, pointing out that very few stars were minded to attend the programme.

Finally, he reiterated the need for stakeholder engagement to map out sustainable solutions to the issues raised at the forum.

A summary of the insights and recommendations made at the forum are as follows:

2. Talents must understand the role of technology in enhancing IP rights

3. The need for rigorous governmental framework to enforce copyright laws.

4. Create awareness of among Creatives on their IP rights.

5. The Attorney Generals Department must control collection agencies by revoking licenses if creatives are not paid.

6. There is a need for a stakeholder meeting to draw a roadmap to change the current trend.

Djokovic to be detained in Australia amid visa row