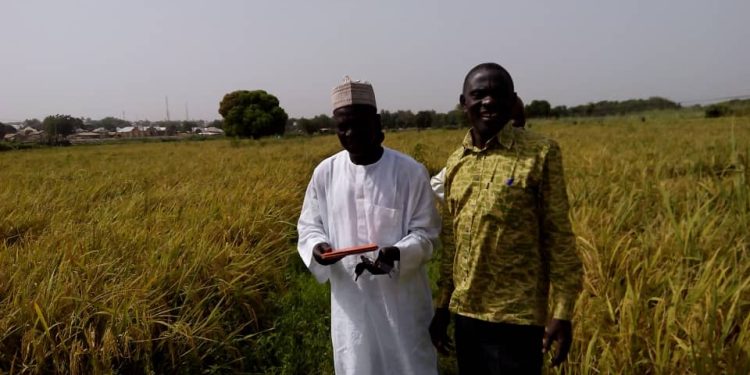 Last week, Nigeria’s president, Muhammadu Buhari, launched what has been described as the country’s single largest rice pyramids ever assembled, to confirm its success in achieving a bumper harvest of the produce in 2021. 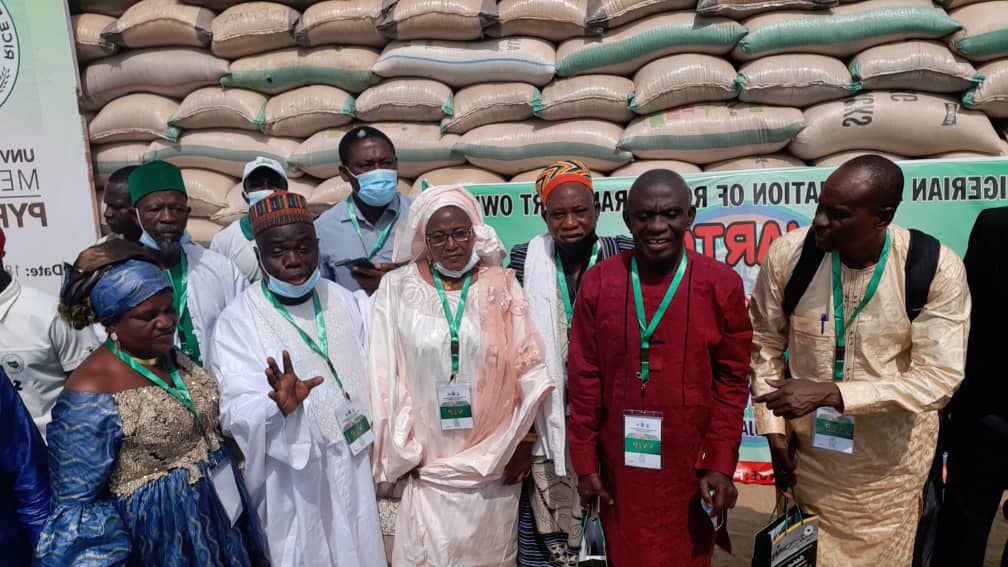 Although the programme is led by the Central Bank of Nigeria, the contribution of a Ghanaian, former Member of Parliament for Twifo Atti Morkwa, Abraham Dwuma Odoom, is being celebrated.

Mr. Odoom was a policy advisor, providing technical support and direction for the program that could be a blueprint for other African countries towards food self-sufficiency. 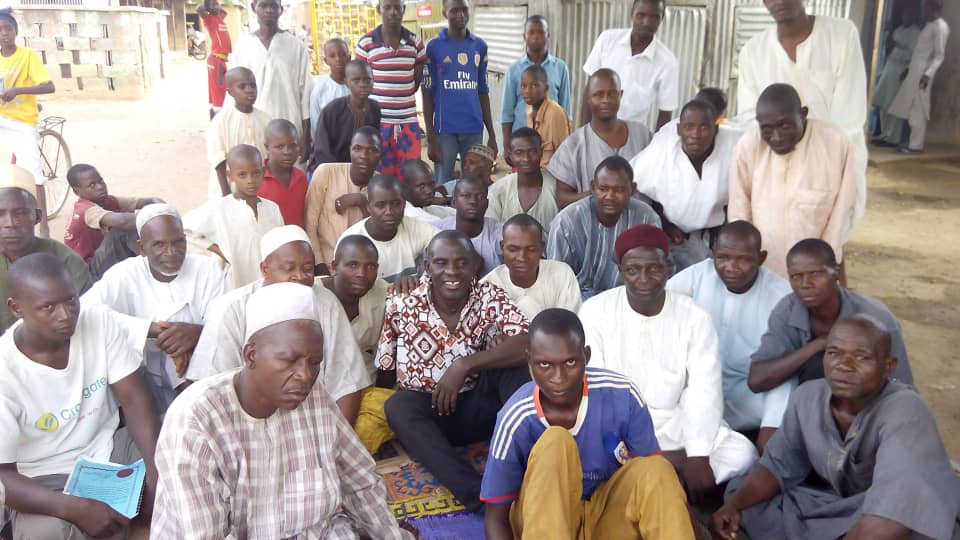 “Nigeria has demonstrated to the whole world that we have an African solution to an African problem. I know that if Nigeria gets it [right], the whole of Africa will get it [right too],” he told pressmen last week at the launch of the pyramids in Abuja.

Long before becoming a member of Ghana’s seventh Parliament, Mr. Odoom in 2014 developed the concept note for achieving rice self-sufficiency while serving as policy advisor under the Competitive Africa Rice Initiative in Nigeria.

As part of his duty, he toured the various states and local governments known for rice production in the country, took note of the concerns of local rice farmers, and began putting together a formula that will incentivize rice farmers and lead to adequate local production. 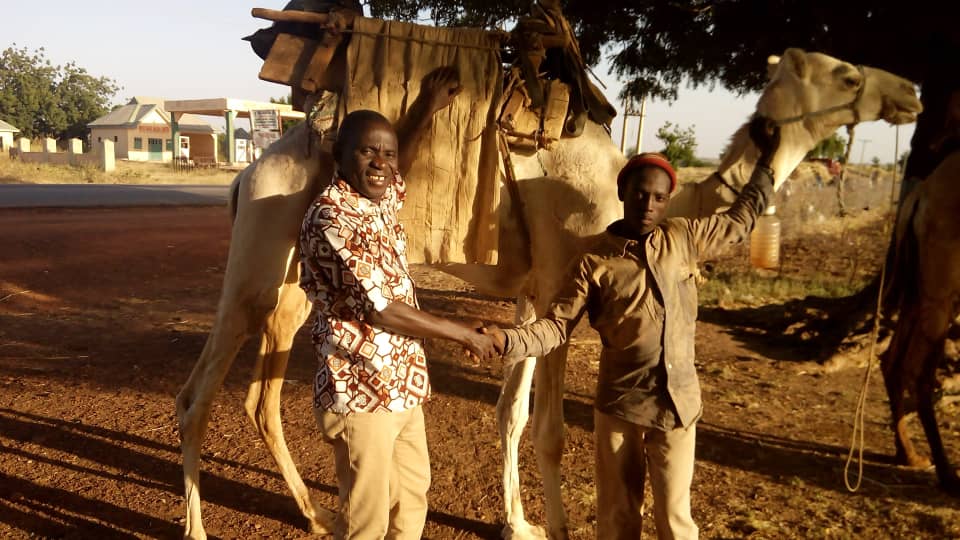 After forming working groups at the local government, state-level and federal-level to champion the cause, he called the first major meeting involving all stakeholders including the governor of the Central Bank, Godwin Emefiele, and Customs officers, to fashion out a workable solution.

One of the major outcomes of that deliberation and the consistent push for rice-self-sufficiency was the bold decision of the central bank to boost local agricultural production and reverse the country’s negative balance of payments on food.

The programme known as the Anchor Borrowers’ Programme (ABP), provided financing to local farmers in loans through commercial banks and listed rice, among other products Nigeria had the capacity for production for as Not Valid Foreign Exchange items. 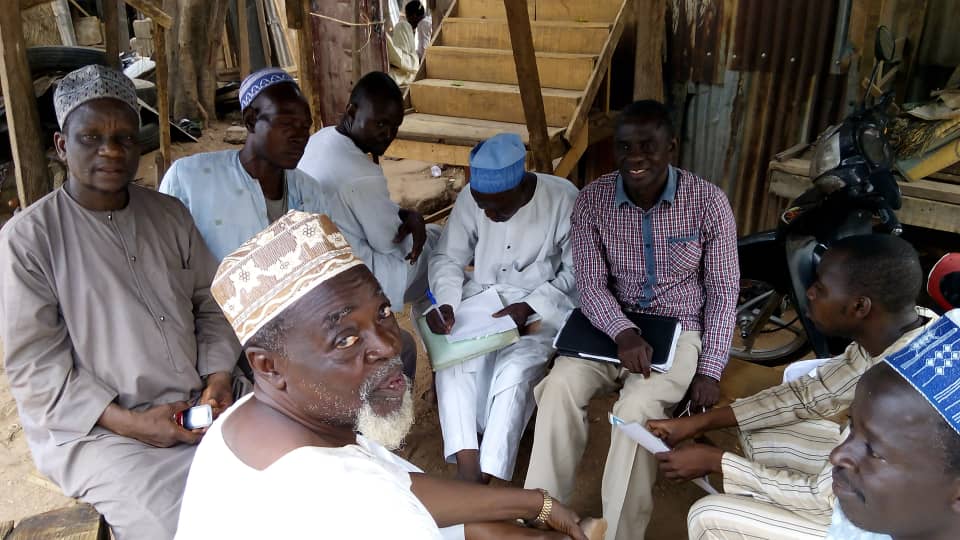 Before the programme, Nigeria imported 1.3 million metric tonnes of rice from Thailand alone, but according to Godwin Emefiele, that, however, dropped significantly to only 2,160 metric tonnes in 2021.

“When I came here in 2014, I visited the states and the local governments. The morale of the farmers was very low because of low productivity. I recognized that we needed to create inspiration and get results. I was the policy advisor, so I served as an advocate between the farmers and the government,” Abraham Dwuma Odoom said in an interaction with pressmen in Abuja.

Eight years down the line, he is looking back with pride at the success of little giant steps he took with the local rice farmers in Nigeria that have resulted in the country celebrating its largest rice harvest.

The Rice Farmers Association of Nigeria (RIFAN), an umbrella body also born out of Mr. Odoom’s work, invited him as a Guest of Honour for his “support and key role” in helping them achieve the rice production success to their Annual Rice Festival where the record rice pyramids were displayed. 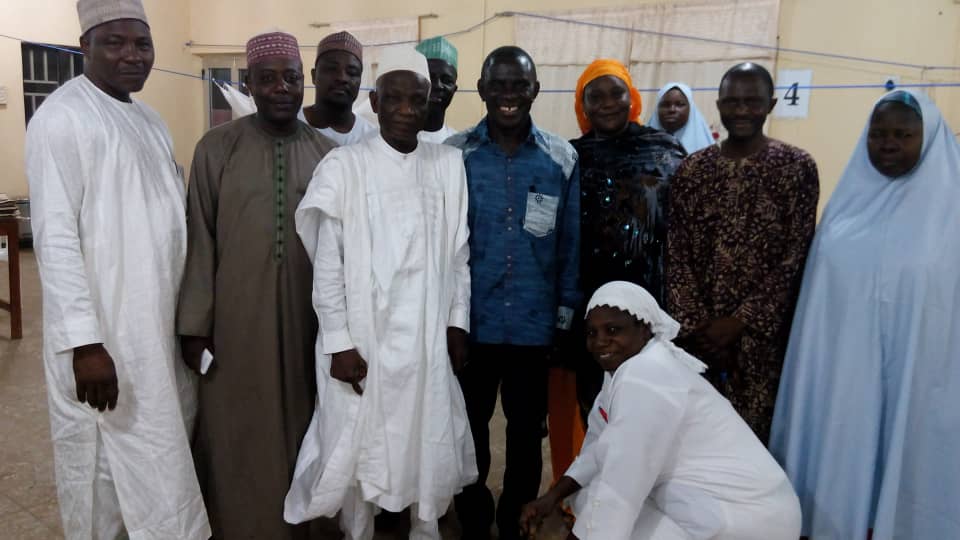 Abraham Dwuma Odoom, a former deputy vice chairperson of Parliament’s Agriculture Committee, said he is hoping to share the experience from Nigeria’s success with other African countries.

Mr. Odoom was once a District Chief Executive of the Twifo Ati-Morkwa District.

After four years, he was appointed as deputy Local Government Minister for two years and subsequently as the deputy for Health.

While serving as DCE, he mobilised resources from a bank, and the readiness of farmers brought in the pilot phase of what became the National Mass Spraying of Cocoa in Ghana which led to the drastic reduction of pests and diseases on Cocoa in Ghana.