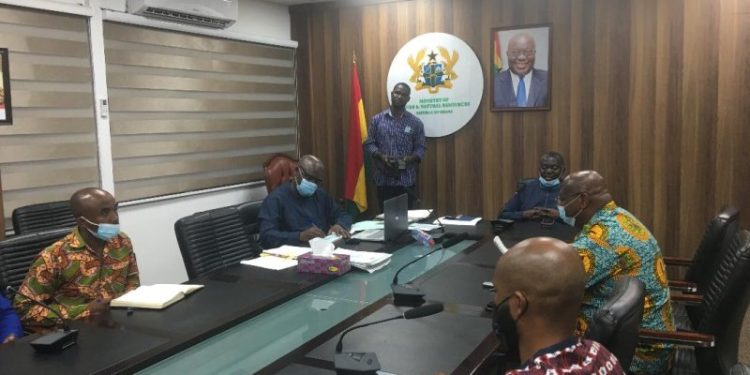 The Ministry of Lands and Natural Resources says investigation into an alleged assault by some military officers on members of the Ministry’s taskforce sent to arrest illegal miners at Enchi in the Western North Region is ongoing.

On Wednesday, January 19, 2022, the Deputy Minister in Charge of Mining, George Mireku Duker, directed the taskforce to report to the Western North Regional Minister and the Police Commander to assist the security personnel in the operations.

A statement issued by the Ministry indicated that on their way back to Accra, the taskforce spotted an illegal mining site around Manso-Amenfi and arrested two persons.

The Ministry in the statement noted that, on their way back after the arrest, they were allegedly brutalized by some military personnel who accosted them around Wassa Akropong.

The Ministry in the statement called on the public to make available evidence of the alleged attack on the 13-member taskforce by the military personnel.

“The Ministry’s attention has been drawn to some audio recordings, photos, and videos circulating on social media, concerning the arrest and brutalization of illegal mining task force by some military men. In an effort to fight illegal mining, popularly known as “galamsey”, the Ministry has established a taskforce to assist with the arrest. The team has been immensely supporting the Ministry’s endeavours to clamp down on illegal mining activities across the country”, the statement said.

Details of the operation and other events were provided as follows: