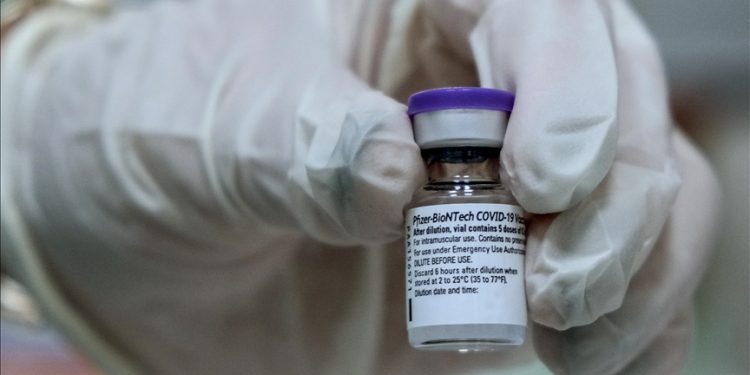 Parliament will be undertaking a COVID-19 booster vaccination exercise for legislators and the entire parliamentary service staff before its resumption of sittings for the first meeting of the second session.

This was announced by the Speaker, Alban Bagbin, in a letter he wrote to the President and sighted by citinewsroom.com.

The move, according to the Speaker, is to curtail the spread of the virus in the house after it resumes from recess for business on Tuesday, January 25, 2022.

“Prior to the resumption of the House, Parliament intends to undertake a COVID-19 (Booster) vaccination exercise for Honorable Members of Parliament and Officers of the Parliamentary Service as part of measures to contain the infection and spread of the coronavirus disease within the Parliamentary precinct, particularly in the wake of the spike in infections as well as the new wave of the Omicron variant of the disease,” the statement said.

Meanwhile, in the same letter, the Rt. Hon. Bbagbin mentioned that he is in the United Arab Emirates (UAE) for another medical review.

Per the letter, the Speaker, who left the country on Friday, January 7, 2022, is expected to return on Sunday, January 23.

“I am writing to inform you of my absence from Ghana from Friday, 7th January 2022 till Sunday, 23rd January 2022 in order to honour an appointment for a medical review in the United Arab Emirates”, the letter mentioned.

This is the second time the Speaker is traveling to Dubai to undergo a medical review; the first was on November 27, 2022.

During the first medical review, Mr. Bagbin was accompanied by his wife, Mrs. Alice Adjua Yornas, Head of Parliamentary clinic, Dr. Prince Kofi Pambo, the Speaker’s Secretary, and his aide.

He embarked on his first medical trip a day after he presided over Parliament’s chaotic developments that saw the Members of the Majority side of Parliament staging a walkout during processes to approve the 2022 budget and the House’s subsequent rejection of same.