The trial judge on the case involving Ernest Thompson, a former Director-General of SSNIT, Justice Henry Anthony Kwoffie, has lamented the heat in the Criminal Court 5 room, saying the room is as hot as an oven.

Justice Kwoffie is a Justice of the Court of Appeal, sitting with additional responsibility as a High Court judge on the SSNIT Operational Business Suite (OBS) case.

His lordship, upon calling the Court to order, observed that the air-conditioning system was off, and the temperature of the room was getting rather high by the minute.

Halfway into the trial, Justice Kwoffie, who was visibly uncomfortable with the heat in the courtroom, by this time, summoned managers of the High Court Complex to explain the situation.

According to officials of the facility, some components of the air-conditioning system had broken down and could only be procured abroad.

They told the court that the said components had only just been purchased from China and were on the high seas to Ghana.

They were confident that within a month the situation would be addressed.

Not entirely impressed with the explanation, Henry Anthony Kwoffie, JA, said the condition under which the court was forced to work was unfair.

His lordship wondered why standing fans had not been purchased as a temporary measure; and told the court managers to submit copies of all the letters they had written on the matter, so he takes it up with the Judicial Secretary. 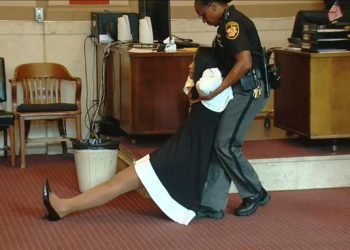