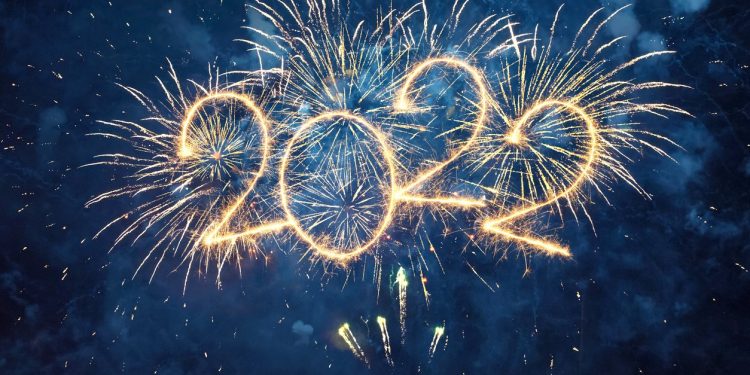 Ghanaians, like their counterparts the world over, enter a new year resolved to rewrite their scripts on new slates. The ceremonious way Ghanaians welcome the new year amidst high hopes and high-spiritedness make a case for the need for newness in almost every facets of everyone’s lives. In the course of a year, people’s hopes and resolutions are either fortified or shattered based on a number of factors contributable to them.

Among other factors, government policies in an economic year can not be relegated to the background insofar as the realization of people’s goals and aspirations are concerned albeit the individuals’ inputs into their lives are important. Hence, government can not exonerate itself from the failures people record in an economic year because the economic welfare of the citizenry are invariably hinged on its policies.

The brouhaha that characterized the passing of 2021 with the infamous E-Levy at the centre of the pandemonium in Ghana’s parliament make Ghanaians expectant of a difficult economic year. Ironically, the melees that accompanied the delay in getting the E-Levy passed have somewhat been an ’economic relief’ to Ghanaians, however unfortunate the brawls were. But for that chaos, the implementation of the infamous E-Levy would have kickstarted.

Government has warmed itself well into the new year with the increment of public workers base salary with what can be described as ‘an increment on increment’ considering the fact that public sector workers were expecting 4% rise in their base salary. Whether or not the sector workers are happy with the turn of event is another matter, but fairly speaking, government has earned a three point on the score card.

What perhaps public sector workers and the generality of Ghanaians may not know is that while government in one hand is giving money to its workers, it is taking it back with another through the E-Levy taxation. This makes some sense, doesn’t it? It also consolidates the words of the Finance Minister, Hon. Ken Ofori Atta that “Ghanaians should sacrifice a little’’ citing worrying concern about the gap in the country’s tax revenue.

In yet another breath, not a relief though, government being greeted by the tempestuous strikes of Teachers and Education Workers Union (TEWU) and University Teachers Association of Ghana (UTAG), Ghana Association of Certified Registered Anaesthetics after earlier resolving a threat of strike action by Conference of Heads of Assisted Secondary Schools (CHASS) signal a situation of possible industrial arrest that may gravitate towards the increasing discomforts that the citizenry are already grappling with.

The ever-increasing fuel prices, resulting in a hint of further rise in transport fares (40 %) as intimated by the Concerned Drivers Union early next week would in no doubt further pummel the already complaining masses, and this is only two weeks into the new year. As schools resume, it is only a matter of time that Ghanaian parents would feel the impacts of high cost of living, compounded by high rent charges and skyrocketing cost of school fees at the private basic schools and universities.

As parliament readies itself to resume the second session sitting of the eighth parliament this year, anticipations are high, and rightly so coming at the back of  the topsy-turviness that engulfed the house prior to it going on premature recess, Ghanaians would hope that no further chaotic scenes mar our continuous enjoyment of peace, for they say, “a peaceful life in poverty is by far better than a wealthy life fraught with trouble”.

At the back of every Ghanaian’s mind is the infamous E-levy, which many pray gets suspended or in the worst case scenario reduced to the barest minimum. The recent happening in Cameroon whose workers have fiercely agitated against a 0.2% may come as a boost for Ghanaians in the stalling “momo tax”. But should the government go ahead with its passage and subsequent enforcement, will it achieve the desired result? May be the E-levy is indeed being misunderstood by Ghanaians as intimated by Hon. Ambrose Dery.

The last thing every Ghanaian would want to wake up to is a further rise in the transport fares. The ripple effect of fuel price hikes on other essential commodities would cause dire consequences if government does not intervene in anyway possible. But be that as it may, the prospect of government reducing fuel prices may have to be thrown out of the window-simply impossible. It is thus every Ghanaians hope that living conditions of 2021 are left as they were without any further worsening of their plight. This, at least is every Ghanaian’s hope.

Finally, every Ghanaian would want to wake up to better conditions of life irrespective of what it takes government to, and how it goes about it, for that is the basic function of a government. If we are in a new year, it is perhaps the change of date. Ghana, in the eyes of its citizenry, however remains the same. It is only a matter of hope against disillusionment, that our country will become better and livable.